You are here: Home / Archives for Thriller 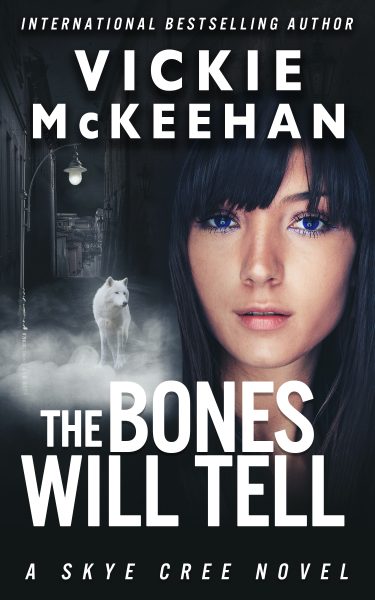 The Bones Will Tell by Vickie McKeehan

A serial killer has the city of Seattle gripped in fear. As his bloody total continues to mount, Skye Cree gets dragged into the mix by her longtime friend, homicide detective Harry Drummond.

END_OF_DOCUMENT_TOKEN_TO_BE_REPLACED 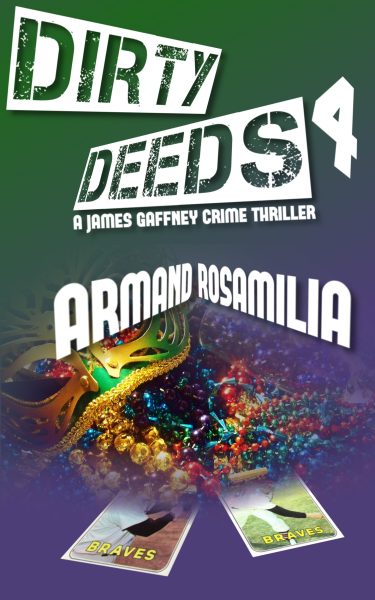 Even in a fun place like this I find myself being chased, shot at, coerced and abused by the FBI, organized crime and Reggie Keane, who used to spend his days trying to arrest me.

Did I also mention a serial killer is in the mix as well?

One of these days I'm going to spend time in a city and enjoy the tourist sites.

END_OF_DOCUMENT_TOKEN_TO_BE_REPLACED 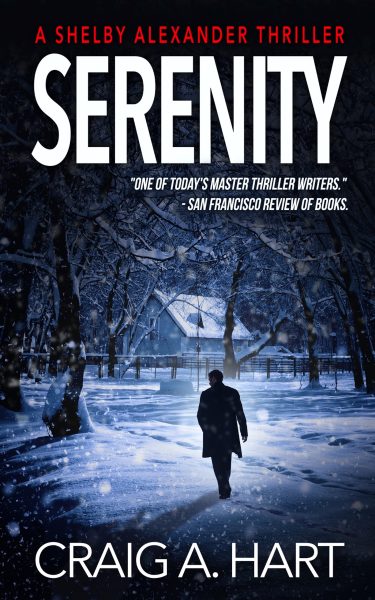 Shelby Alexander just wanted a cup of morning coffee.
Not a badly injured girl curled up by his barn, freezing in the winter chill.

When Shelby moved back to his small hometown of Serenity after retiring from boxing, he was looking for a little peace and quiet. He was getting too old for all the high-octane nonsense of his prior life.

But when a bullet slams into the wall just past his head, and a drug dealer offers him $10,000 for information regarding his dead sister … well, he can't very well say “no.”

But if the local sheriff has anything to say about it, Shelby will be spending a lot his retirement in jail.
Ah, well … it’s just another day in the small town of Serenity.

Over 400,000 readers have thrilled to Shelby Alexander's escapades. Read book one and join them!

This Thriller book is available in these Formats: eBook, print, audiobook 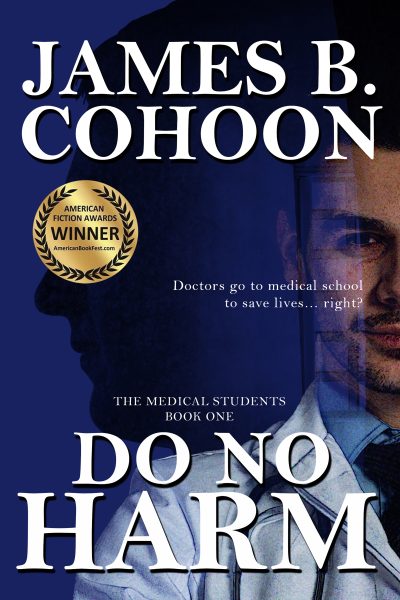 Do No Harm by James Cohoon

Doctors go to medical school to save lives… right?

When Matthew Preston was eight, his father was shot and killed in rarefied Pacific Palisades by Ted Nash, a home burglar who happened to be the Preston’s neighbor. Though Nash was sentenced to life in San Quentin, Matthew’s lifelong obsession is to somehow get into the prison, gain access to Nash, and exact the ultimate personal revenge. He devises a plan to become a prison doctor to gain access to Nash.

While in medical school, Matthew falls for brilliant classmate Torrey Jamison from poverty-stricken East Palo Alto. Torrey is battling her own demons, having been raped by a school counselor while in high school. Matthew is focused on vigilantism; but he loves Torrey who is morally opposed to killing for any reason—or so she thinks.

END_OF_DOCUMENT_TOKEN_TO_BE_REPLACED 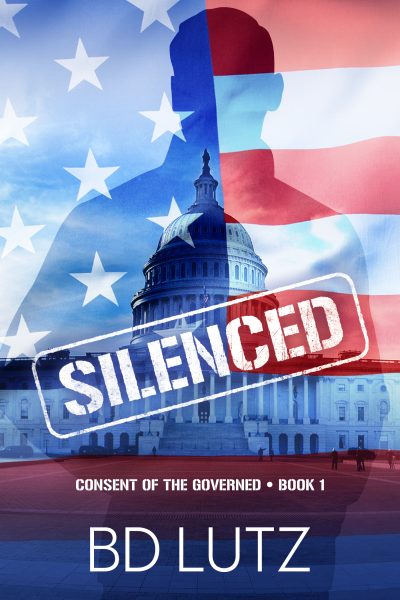 Silenced: Consent Of The Governed Book One by B.D. Lutz

A new administration sweeps into power, promising unity, promising a fair and just society. They lied.

As the newly elected administration’s incompetence threatens to derail the aspirations of a powerful shadow government. A series of progressively more deadly events are exploited to chip away at the freedom of the American people.

They understand that to achieve complete control, they must answer one question: How do you control free people?
The answer is simple, and brutally effective: you control the flow of information, making yours the only truth. You silence dissenters, critical thinkers, and opponents of your truth. You use fear to limit their movement and destroy their livelihoods, rendering them dependent on their government. Then you wait… wait for them to willingly trade their freedom for safety.

They made one mistake; they underestimated Jack Stinger. Jack simply wanted to run his family business and live the American Dream. He and his wife, Lisa, worked hard to build the life they had. Jack struggles with the reality unfolding around him. He holds tight to the promise of America's system of government even as that same government attempts to drown him in bureaucracy, break his will to fight, to silence him.

The question they forgot to ask: How far can you push a man before he fights back?

Silenced takes the reader on a hypothetical dive into the allure of power and the corruption it breeds. It explores the question: What happens when you eliminate the concept that government exists at the consent of the governed?