You are here: Home / Archives for Memoir 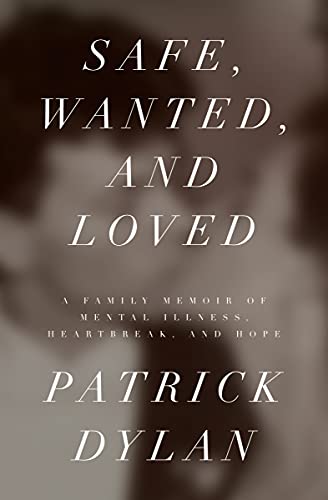 When a sudden mental illness struck his wife, Patrick Dylan found himself living with an eerie stranger. Scared and unprepared, he began a desperate battle to protect her from a mysterious disease, shelter their children from her bizarre behavior, and recover the woman he loved.

END_OF_DOCUMENT_TOKEN_TO_BE_REPLACED 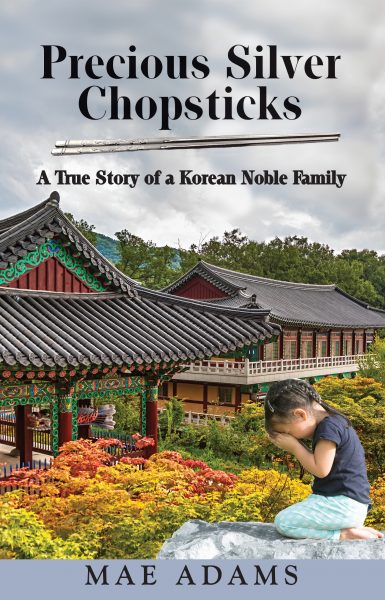 Precious Silver Chopsticks is a real-life story, a kaleidoscopic tapestry interwoven with threads of the lives of these family members:
Grandpa, a descendant of a Chinese imperial scholar and a Korean princess, was a landlord, herbal medicine doctor, a Christian minister, and a Kung Fu instructor.
Grandma, a commoner, and ex-sea-diver raised Mae and gave her the silver chopsticks to symbolize her love.
Father, a prodigy and a musician, suffered from tuberculosis.
Mother, the daughter of a nobleman, was a college graduate when society considered women as second-class citizens. Her relationship with Mae was stormy.
Little-Pa, a mathematical genius, loved Mae like a father.
Big-Sis, Mae's older sister, was a movie star in the 1950s.
Intaek, Mae's little brother, was a commercial designer-artist.
Mae, the useless second daughter, is the narrator of this book.
A U.S. Marine Colonel, Hewitt Dayne Adams, commanded the First Marine Regiment during the Korean War and later married Mae.
Mae uses ironic humor to tell us about the Korean spirit and culture through her birth and education, her father's death and his funeral, Grandpa's sixtieth birthday, and a Korean wedding that coincides with the Japanese occupation. After World War II, the family escapes to South Korea at the personal loss of Grandma. Her story of the Korean War from a refugee's point of view and survival through the indescribable chaos is vivid and heartbreaking.
The telling of her life story—the good, the bad, and all in truth—was an arduous task that demanded much emotional exertion. Since English is Mae's fourth language, she wrote this book from her heart, out of love and gratitude for her grandma and husband. You will get some insight into other people's lives lived in different corners of our world at another time in history through the journey of this book.

END_OF_DOCUMENT_TOKEN_TO_BE_REPLACED 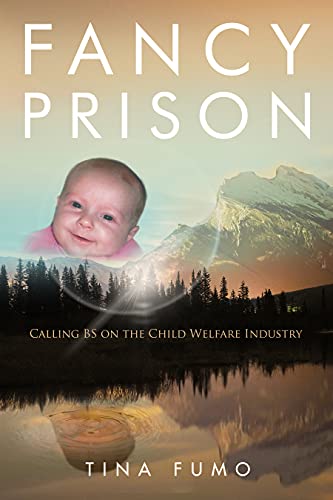 An instinctual pull as old as time – a grandmother wanting to hold her newborn grandchild – brings readers into an unbelievable ordeal. Author Tina Fumo travels to a small town in Canada and finds herself in the most stressful situation of her life. The ‘authorities' have apprehended her two-week-old granddaughter. What her and her family go through to get back their baby will absolutely shock you. You'll wonder if this is really Canada. You will surely cry. You may even laugh. But make no mistake…what you find out in the end will make your jaw drop.

Buy the book, and follow the author on social media:
Get This Memoir Book From Amazon.
Visit the Author's Twitter page.

END_OF_DOCUMENT_TOKEN_TO_BE_REPLACED 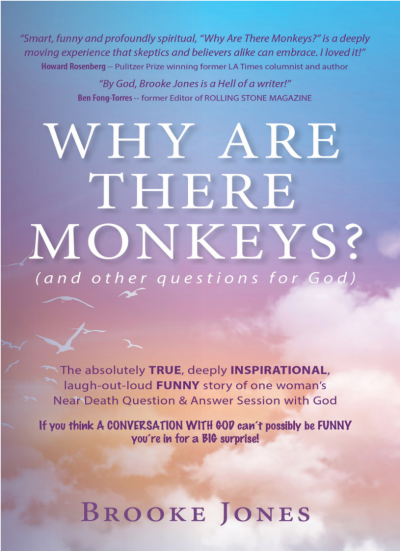 WHY ARE THERE MONKEYS? (and other questions for God) by BROOKE JONES

1 minute I was ALIVE, the next minute I was DEAD, and THAT'S when the FUN BEGAN! 8 minutes passed here on Earth while I was busy being DEAD, but I wasn't on Earth — I was at Heaven's front door having a Question and Answer Session with God, and I KNOW IT REALLY HAPPENED because I was given PROOF THAT NO ONE COULD DENY! If you think a CONVERSATION WITH GOD could not possibly be FUNNY, you're in for a big surprise!

END_OF_DOCUMENT_TOKEN_TO_BE_REPLACED 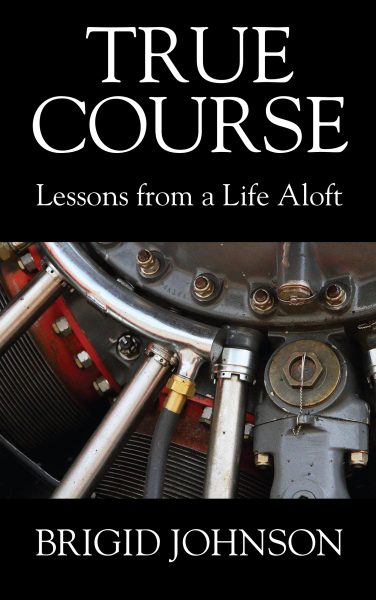 About Featured Book: True Course – Lessons From a Life Aloft by Brigid Johnson

Only .99 for the International Best-selling Memoir of a young woman's journey to the skies. True Course: Lessons from a Life Aloft by Brigid Johnson is the story of a woman who yearned to fly and when she did, she had the experience of a lifetime. Brigid grew up in a small town where opportunities were few and far between, especially for women with ambition. But her ambition went above and beyond the usual; she wanted to fly. Aviation was a profession for men, but that didn’t stop Brigid from learning it and owning it. She started with two jobs, education, her dog, and her solo flying, and moved on to a successful airline career. She was happy with her life and her career, but that all was destined to change when her father’s health deteriorated and he needed help. Now she has to make a tough decision; should she hang up her wings to care for her father or abandon him when she just spread her wings to fly higher?

From Reader’s Favorite Book Awards – “I have yet to come across a memoir this riveting or engaging. Brigid’s story is better than most novels I have read. Her story is genuine, funny, heart-wrenching, emotional and very personal. I don’t know how she did it, but she made me find myself in her story and the situation she was in. I built an emotional connection with her, so I felt like flying when she was and devastated when she was not. This is one of those books that are written once in a lifetime and they stay with the reader forever. From her word choice to her development, everything was perfect and crafted with deliberate care. This is one of those gems that avid readers crave to find."

This Memoir book is available in these Formats: Ebook, Print