You are here: Home / Archives for Religion 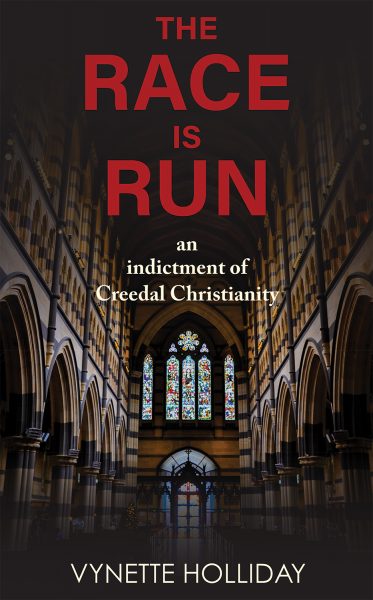 About Featured Book: The Race is Run: An Indictment of Creedal Christianity by Vynette Holliday

This work demonstrates conclusively that the core teachings of the major denominations of Christianity such as the Virgin Conception/Birth, the Incarnation and the Trinity are not based on either the Hebrew Scriptures or the New Testament but rather are drawn from the Hellenist-Latin theologies and philosophies of the Church Fathers.

Ignorance of Israelite thought, concepts, cultural norms and literary styles, together with the Fathers’ existing predilections, facilitated the creation of the cult-like figure “Jesus Christ” fashioned according to their image and their values.

This work also demonstrates that the Christian teaching of Supersessionism contributed to the centuries of Jewish persecution which ultimately led to the Holocaust. Responsibility for this descent into the abyss must be attributed in large measure to a multi-generational failure by those many teachers who either did not know, or did not distinguish between the various categories of persons designated a “Jew” in the New Testament.

In addition, the work challenges the concept of Immortal Souls, soul destinations called Heaven and Hell, and re-contextualises many other teachings and concepts such as Sin, Salvation, Atonement, Faith, Works, Justification and Grace.

This Christian Focused book is available in these Formats: Print 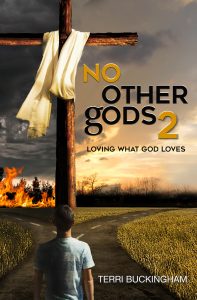 No Other Gods: Loving What God Loves; Hating What He Hates (Volume 2) by Terri Buckingham

We are headed toward the end—the end of time. And we need to get ready. Does Jesus love you? Yes! Does He forgive sins? Yes! But as the age of grace comes to a close and the day of judgment is ushered in, God raises the bar. We’re used to His mercy, but judgment begins with the household of God. He’s purifying His bride, and these are the principles you’ll need to liberate yourself from the devil, who, if you’re not careful, will take hold of you and not let go. Learn how to live free from him and walk in sweet, tender fellowship with the Lord of Hosts through earth’s darkest hour.

END_OF_DOCUMENT_TOKEN_TO_BE_REPLACED 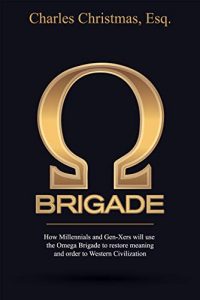 Omega Brigade: How Millennials and Gen-X-ers will use the Omega Brigade to restore meaning and order to Western Civilization by Charles Christmas

Western Civilization is in steep decline. Only the Millennials and Gen-X-ER’s can reverse this trend. But they need a plan and a program and power from God on high with both Mary and Jesus of Nazareth.

Today young people are searching for a challenge that has enough value to call for their complete life and purpose. The Omega Brigade tells the story of a searcher who traveled from Copenhagen to Kathmandu to find the answer to life’s biggest question. Charles Christmas lays out a time tested true plan that will work for everyone who participates. His riveting personal story can also become your story as you read this exciting book.

Buy the book, and follow the author on social media:
Get This Religion Book From Amazon.

END_OF_DOCUMENT_TOKEN_TO_BE_REPLACED 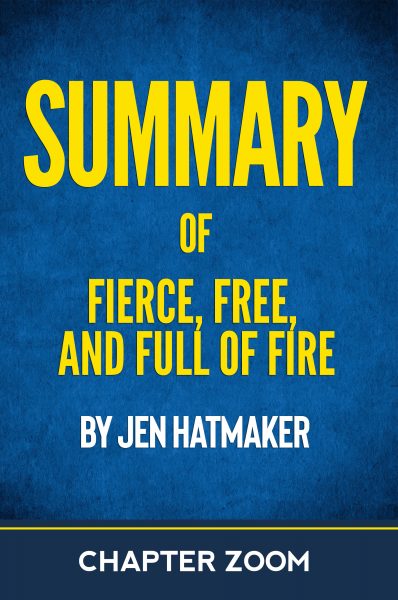 About Featured Book: Summary of Fierce, Free, and Full of Fire by Jen Hatmaker by Chapter Zoom

Chapter Zoom provides a detailed look at Jen Hatmaker's popular self-help book „Fierce, Free, and Full of Fire”, so you can appreciate the non-fiction book even more. This complete summary is an inspiring guide for women to
achieve a more fulfilling life.

It contains many tantalizing sections such as:

• Summary and Book Review that might shed light on juicy tidbits you might have missed!
• Background Information about the Author so you know the master behind the scenes
• Trivia Questions
• Discussion Questions
• And much, much more!

This Christian Focused book is available in these Formats: eBook, Print 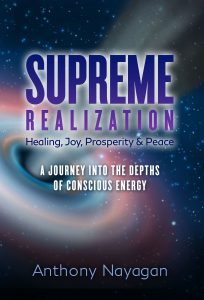 SUPREME REALIZATION
A Journey into the Depths of Conscious Energy

Supreme Realization is one-hundred-percent inspired, a real-life journal of a Catholic, an ordinary sinful man who searched for Truth in all religions, even leaving the Church and staying away from it for more than twenty-five years. It is a study of Christianity in light of modern scientific discoveries that recommends a deep-seated approach based on Mystical Theology for people of all religions, for everyday life.
It breaks down complex theological and spiritual subject matters such as consciousness and self-realization and recommends pragmatic approaches for a fulfilled life in spirituality. It conveys a message that there is hope in Christ. This hope promises healing, prosperity, peace, and joy from a spiritual life in Christ with or without the involvement of Churches.