You are here: Home / Archives for Non Fiction 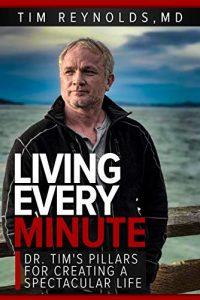 From Green Beret training, travel adventures to 63 countries, being a highly successful emergency medicine doctor, to raising 5 thriving children, Dr Tim Reynolds has accumulated a lifetime of experiences. Now he wants to share the nuts and bolts of how to get out of the “Zombie life” and create spectacular for you and for your family.

His desire to help everyone onto the road to financial freedom, great health, spectacular relationships, and how to squeeze the juice out of all areas of life were his motivating factors to write this book. The tools are each laid out in step by step processes, making this book into an easy to use manual for anyone who wants to reach their fullest potential.

END_OF_DOCUMENT_TOKEN_TO_BE_REPLACED 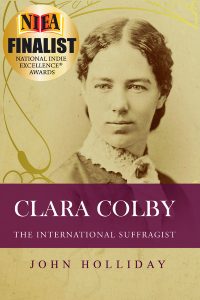 We may never know why three-year-old Clara Dorothy Bewick was left behind in England when her parents and three brothers departed for a new life in America. Her parents Thomas and Clara Bewick were migrating to America, and the family had been talking about little else in the months leading up to their departure. They were leaving on the sailing ship Olympus from Bristol, and little Clara was in tears when she found that she could not join them.  The year was 1849, and one possible reason why Clara was left behind could be that she showed symptoms of an infectious disease. If that were the case, then the most likely suspect would be cholera, for the country experienced a cholera epidemic that year. With all the family possessions either sold or packed for shipment aboard the Olympus, there was no option but to arrange for Clara to stay with her grandparents until she was well and arrange for her to make the journey later.
Although this was a painful experience for Clara, it may have been an event that helped to shape the smart and tireless woman that she became. Raised as the beloved only grandchild in London, she had a substantial emotional and intellectual foundation by the time she arrived at the Wisconsin frontier in 1855, which sustained her through a hectic and often stressful life. The advantage she achieved helped her become the valedictorian for the first class of women to graduate from the University of Wisconsin and become a contemporary of Susan B. Anthony. After teaching at the university, she married the dashing civil war veteran, Leonard Colby. This would prove to be a rare misstep as Colby was persistently unfaithful to her, duplicitous and dishonest.
Clara Colby was a dynamic speaker and compelling writer on women’s issues. Anthony called her the best writer in the women’s movement, a sentiment shared by Anthony’s famous colleague, Elizabeth Cady Stanton. Encouraged by Anthony, Clara published the first issue of the Woman’s Tribune in 1883, a newspaper that was in continuous publication for 26 years, becoming the nation’s leading woman’s suffrage publication. She served as the President of the Nebraska Woman Suffrage Association, and she was the corresponding secretary of the Federal Suffrage Association, among her many other offices. From 1888, Clara spent the first half of each year in Washington DC, attending suffrage conferences and lobbying Congress members. She was very friendly and had many friends among influential leaders in the nation’s capital, including, for example, Caroline Harrison, the first lady of the day.
By 1890, her husband had become General Leonard Colby of the Nebraska National Guard, when his troops served at the Battle of Wounded Knee. It was here that General Colby adopted the native-American baby girl, Zintka Lanuni, found under the body of her dead mother. Colby did so without discussing the situation with Clara and then left her to bring the child up, frequently without financial support. Clara’s response was to make a plan to bring her husband to Washington, so she lobbied her Washington friends and succeeded in getting her husband appointed as the United States Assistant Attorney-General.
Clara was always on the move across America, supporting state suffrage and lobbying state governments, and Leonard was just as busy in his new role. She tried to maintain a stable marriage, but her husband held a different view, often engaging in clandestine affairs, amid allegations of impropriety in business and public life. Clara’s further lobbying resulted in Leonard being appointed Brigadier-General in the United States Volunteers during the Spanish American war. Also, Clara became the first woman in the United States to receive a war correspondent pass. Holliday’s book reveals a secret conspiracy that Leonard became involved in during this conflict.
Eventually, a divorce was unavoidable, and as a result, many leading suffragists shunned Clara from then on, diminishing her legacy as a suffragist. Clara made four trips to Europe, attending the International Congress of Women (Amsterdam 1908, Stockholm 1911 and Budapest 1913) and the Universal Peace Congress in London in 1908 and The Hague in 1913. She also supported the suffragette cause in England, making speaking tours of England, Ireland, and Wales.
Back home, she campaigned throughout the country on behalf of the state suffrage organizations, helping to increase the number of states that supported women’s votes. By this time, she was living in Oregon, but she continued to spend several months each year in Washington, and the last big event of that winter was the hearing on the two suffrage bills, which came before the House Committee on March 27, 1916. As soon as these hearings were over, she left for Eugene, Oregon, where the climate would be more favorable. Unfortunately, her health did not improve, and the flu became pneumonia. Clara’s sister Mary, a medical doctor, drove up from her home in Palo Alto to care for her but soon decided to take her back to California to recoup. They arrived in Palo Alto on September 1, where Clara struggled to overcome her sickness. This fight for life was to be her last campaign, however, and she passed away on September 7, 1916.
The year 2020 marks the 100th anniversary of American women achieving the vote; after a suffrage campaign, which extended over 72 years. It took thousands of women to build the movement, which achieved ultimate success, but this is the story of one woman, whose contribution to woman suffrage is irrefutable.

END_OF_DOCUMENT_TOKEN_TO_BE_REPLACED 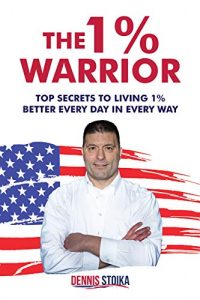 The 1% Warrior: Top Secrets to Living 1% Better Every Day in Every Way by Dennis Stoika

At Modern Era Warriors, we have created programs with the goal of making you the strongest, safest version of yourself. Our programs are designed to prepare any individual for real life combat in the shortest time possible. We incorporate Commando Krav Maga; Combat Submission Gracie Brazilian Jiu-Jitsu and Striking; NRA firearms and shooting courses; functional fitness and nutrition; group and one-on-one coaching; speaking; facilitating; and training into a revolutionary experience like no other.

END_OF_DOCUMENT_TOKEN_TO_BE_REPLACED 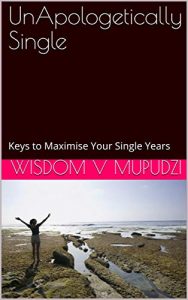 There are many reasons why many people are single. Some have wondered why they are single, and some feel like they are victims of life. No judgement! 🙂 . This book looks at another class of people that are single and own it. They are not moved or rattled by couples, they are proudly and confidently single, they are unapologetically single. Book written award winning and multi published author of Uncommon Destiny Uncommon Partner, Head to Head with Jezebel etc

END_OF_DOCUMENT_TOKEN_TO_BE_REPLACED 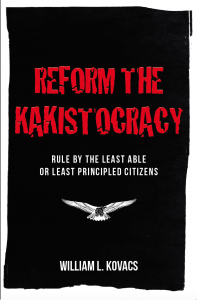 Reform the Kakistocracy: Rule by the Least Able or Least Principled Citizens by William L. Kovacs

Reform the Kakistocracy describes how citizens can control a federal government that is ruled by the least able or least principled citizens. Such rule is termed “kakistocracy.”

Part I sets out the many actions of our federal government that place the nation at risk. It discusses how the kakistocracy has transformed our government from one of limited powers to one of almost unlimited power by diminishing the constitutional checks and balances essential for citizens to manage their government.

Specifically, Congress delegated its legislative power to the executive branch which is now the primary lawmaker through regulations and Executive Orders. Moreover, the courts have also become super-legislatures as they find rights and privileges never envisioned by the Constitution.

Unfortunately, due to political polarization, Congress is unable, as an institution, to reclaim its legislative powers, thus becoming an observer of the lawmaking process.

Part II sets forth a series of governance principles as guides for restructuring government to focus on citizens not politics.
Parts III and IV set forth novel but doable proposals for making government work: reallocating powers between federal; state and local to make government closer to citizens; establishing priority functions; selling off unused assets to reduce debt; reducing the complexity of laws and regulations; devolving federal powers to the states for greater efficiency of operation and restructuring the income tax code to eliminate complexity, unfairness and tax-avoidance schemes while raising sufficient revenue, at the lowest tax rates, to pay for programs needed by citizens.

Part V reminds us that the Constitution sets forth a clear and legal path for revolution – voting which allows us to replace the entire government in a short period of time.