You are here: Home / Archives for Paranormal Romance 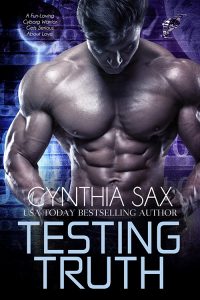 A fun-loving cyborg gets serious about love.
***
Truth lives each moment as though it were his last. The cyborg warrior rushes into danger, teases beings he shouldn’t provoke, accepts every call of adventure he encounters.

When a prissy little human princess floats into the Rebel structure Truth is occupying, seeking a mercenary to assist her and her unusual entourage, he volunteers to be her warrior. She claims their assignment is dangerous, warns him he might not survive the task.

That is exactly the type of fun he has been seeking.

Princess Nanette of the planet Royaume must rescue her estranged brother from an enemy prison ship. That is her duty, and she has been trained to always place the needs of her planet and her subjects before her own. Nancy doesn’t have the freedom to indulge her passions for a certain dark-haired, gray-skinned cyborg. Not permanently and not publicly.

But she is unable to resist the warrior. Truth, with his laughing eyes, smiling lips, and rough hands, tempts her as no one else ever has. He could be her one fleeting act of rebellion before she’s matched with the powerful ruler her planet requires.

If they survive their current mission.

Their love is doomed. Their lifespans are at risk. This cyborg and his princess will need the help of every ally they have if they wish to see another sunrise.

END_OF_DOCUMENT_TOKEN_TO_BE_REPLACED 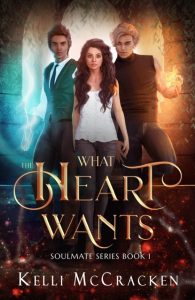 What the Heart Wants: Soulmate 1 by Kelli McCracken

A reoccurring dream. A fated encounter. A destiny neither can deny.

Heaven Lewis needed a break—from college, relationships, and her life. After arriving in L.A., her vacation plans are thwarted by chaos. Encountering a celebrity wasn’t on her to-do list. Neither was dating him. Yet one glance into rock-star Dylan McBride’s eyes and his soul speaks to hers.

If Dylan told Heaven he had been dreaming of her for years, she would probably think he was nuts. Still, something about her awakens a desire in him he never knew existed. As much as he craves her, he can’t deny the mysterious connection between them that somehow allows him to sense her emotions.

As the bond between them deepens, Dylan uncovers a shocking secret that threatens everything he thought he knew. Can he find the courage to tell Heaven the truth? Or will looming threats and hidden dangers tear the two apart?

Slow-burn chemistry leads to an epic soulmate romance! Mystery surrounds psychics and elementals in What the Heart Wants, the first book in the Soulmate series, an original masterpiece by USA Today Best-selling Author, Kelli McCracken!

END_OF_DOCUMENT_TOKEN_TO_BE_REPLACED 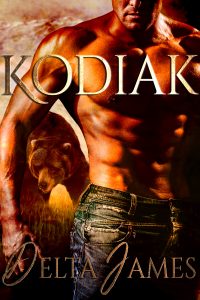 He’s the biggest, baddest bear around… and he’s claimed me as his mate.

I didn’t need to go to Kodiak Island to find a beast like him in the wild. He found me.

He stripped me, spanked me, and then took me roughly and savagely.

I ran from him, the thought of another night of brutal, desperate climaxes and quivering, screaming surrender far too shameful to contemplate. But fate brought me back to him.

There will be no escape this time.

END_OF_DOCUMENT_TOKEN_TO_BE_REPLACED 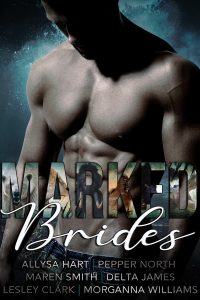 First they were sold. Now they will be marked and mated.

Versoth Bride by Maren Smith
Josie anticipated hardship when she agreed to work on Terra Arcus, but she didn’t expect to be stripped bare, put on the auction block, and sold to the highest bidder with her bottom still sore from a strapping to curb her defiance. Though she escapes the brutes who bought her, she soon ends up in the hands of three even more fearsome beasts who decide to claim her as their mate.

Mate of the Mamuut by Morganna Williams
When Shiloh arrives on Terra Arcus she quickly discovers that she has been deceived. She was not brought to this planet to study the native wildlife, but to be sold at auction. As the giant beast who bought her carries her off, she quickly discovers that he will not hesitate to spank her soundly for any disobedience before claiming her beautiful body long and hard and thoroughly.

Wildcat by Delta James
Upon awakening to find a rugged brute in her cabin claiming to be her mate, Salem expresses her lack of interest in accompanying him to his planet by means of a knife thrown at his head. Unfortunately for her, he wasn’t asking, and she will be coming with him to Terra Arcus whether she likes it or not. The only thing up to her is how sore her bottom will be when they arrive.

A Polar Hope by Pepper North
After losing her job on Earth, Marisol signs up for a cultural exchange program with Terra Arcus, but upon her arrival she is stripped and put up for auction. When the northern clan chief recognizes her as his own, he claims her and escorts her back to his lands. While their future children are the hope for the clan’s survival, she captures her stern mate’s heart as well. He will ease her adaptation to her new life with a firm hand and a loving embrace.

Daddy’s Stowaway by Allysa Hart
When Callie is caught stowing away aboard a ship bound for Terra Arcus, she ends up in the custody of a stern, handsome scientist who quickly takes on the role of her firm-handed daddy. Her efforts to deceive him soon earn her a sound spanking on her bare bottom followed by a thorough, intimate medical examination, and before long he has decided to claim her as his mate.

Their Fated Mate by Lesley Clark
After signing a contract to spend a year on Terra Arcus performing medical research, Natalie is shocked to instead find herself being stripped and put on shameful display on the auction block. One look at her beautiful naked body convinces an alpha wolf and his beta to buy her, and to her surprise it isn’t long before their dominance awakens an uncontrollable mating fever within her.

END_OF_DOCUMENT_TOKEN_TO_BE_REPLACED 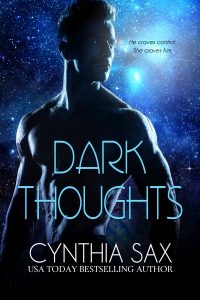 Free for a limited time!
Kralj, the Ruler of the Refuge, is a monster, scarred both on his face and his soul. All knowing and all powerful, he has never encountered a being he couldn’t defeat.
Until he meets her.
The only thing more dangerous than Kralj is his passion for Dita.
Because when this genetically enhanced male experiences fierce emotions, beings die.