You are here: Home / Action & Adventure / The Secret Life of Charlotte Dodd by Holly Kerr 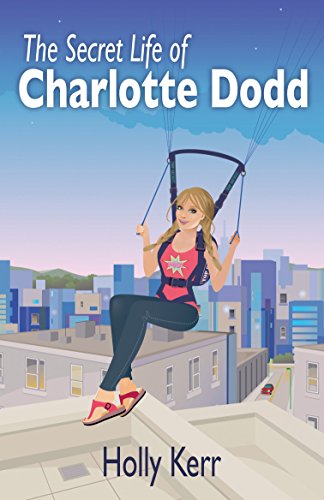 The Secret Life of Charlotte Dodd by Holly Kerr

Ham loves Charlotte. Charlotte can’t remember Ham. Together they have to save the world.

Charlotte Dodd has a boringly average life full of temp jobs and takeout, with solo movies taking up most of her weekends. Her boyfriend isn’t much of anything, since he’d rather hang with friends than talk about the odd dreams full of spy movie snippets that keep Charlotte up at night. So when she wakes up on a private plane and handcuffed to the seat, she’s more interested in taking in the surroundings than what they want with her.

Especially the super handsome guy in the great suit who looks strangely familiar to Charlotte. But she’d remember him if they met before…wouldn’t she?

And then he tells her she’s a spy.

Not just any spy, but she's the best agent of a covert Canadian spy organization.

Charlotte’s humdrum life is flipped upside down as she’s yanked into a world of secret agents that she has no memory of. Now she has to remember enough to save the love of her life.

Because, apparently, that’s what she does.

The Secret Life of Charlotte Dodd is the first book in the action-packed chick-lit Charlotte Dodd series, full of girl power, a family of spies, and saving the world from your ex-boyfriend.

Get This Action & Adventure Book From Amazon.

Holly Kerr is the author of eighteen chick-lit, romantic comedy, and women's fiction novels, but don't ask her to explain the differences in the genres. She grew up a farm girl but now calls Toronto home, where she lives with her three very tall children, following their sports exploits like any dutiful mother.

She's a lover of Marvel movies, Star Wars movies…really, any movies, and has a surprising amount of worthless pop culture info stored in her head. She likes oceans over mountains, tea over coffee, and can mix a darn fine dirty martini, with extra olives, of course.