You are here: Home / Featured Books / The Model Spy by Maryka Biaggio 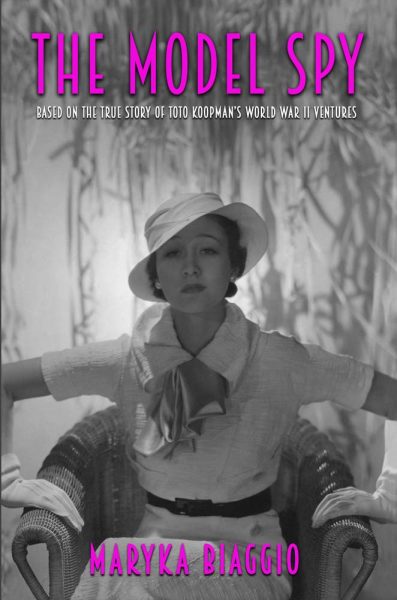 The Model Spy by Maryka Biaggio

THE MODEL SPY is based on the true story of Toto Koopman, who spied for the Allies and Italian Resistance during World War II. Largely unknown today, Toto was arguably the first woman to spy for the British Intelligence Service. Operating in the hotbed of Mussolini's Italy, she courted danger every step of the way. As the war entered its final stages, she faced off against the most brutal of forces—Germany's Intelligence Service, the Abwehr.

Get This Fiction Book From Amazon.

Maryka Biaggio is an award-winning novelist who specializes in historical fiction based on real people. She enjoys the challenge of starting with actual historical figures and dramatizing their lives–figuring out what motivated them to behave as they did and recreating some sense of their emotional world through dialogue and action. Doubleday published her debut novel, Parlor Games, in 2013. Her second novel, Eden Waits, was published by Milford House Press in 2019. In 2021, Milford House Press released The Point of Vanishing and in 2022 The Model Spy. She has served on the Board of the Historical Novel Society North America Conference since 2015.