You are here: Home / Featured Books / The End by John Barnes 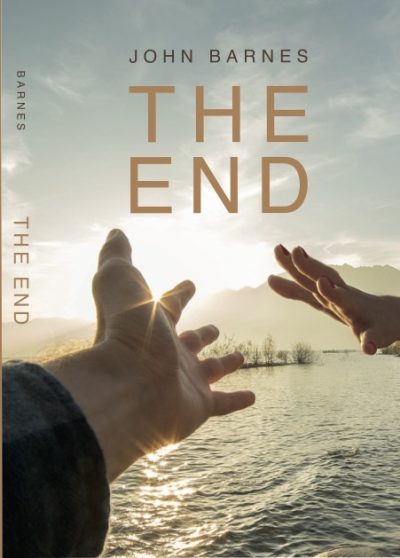 The End by John Barnes

This is not your classic love story. “The End” is a thought provoking tale set at the end of the world—filled with wars, earthquakes, flooding, and more. Shining light on some of life’s most pertinent questions, this is an ambitious story of romance and adventure, with shocking events that will make you think about your personal journey on earth.

The end is near, but life and love go on in a California town. Jake Peterson is the captain of the football team, senior class president, and a good Christian guy. Jake’s grandparents were killed by a drunk driver when he was 12, and because of that, he made a commitment never to drink alcohol. He falls in love with the prettiest girl in school—Katie Martin—who is in the party crowd and likes to drink.

Jake and Katie’s love grows amidst their differences on drinking and during major tragedies leading up to the end of the world. During their senior year, there are natural disasters, diseases, wars, political fighting, and more. They have to deal with extremist groups too. But the only thing that slows Jake and Katie’s relationship is their difference of opinion about drinking.

As graduation nears, Katie gives Jake an ultimatum to break his commitment on drinking or move on. Jake struggles to make his decision, but before he can tell Katie his answer, something changes their relationship forever. Katie and Jake deal with shocking events—even stars falling from the sky. Can their love survive the most astonishing changes happening in the world?

Get This Young Adult Book.

John Barnes is an avid writer for all types of mediums. He’s written advertisements, TV and radio spots, web sites, news stories, songs, poems, and more. “The End” is his first novel and was a concept he thought of during high school. John and his wife Allison live in Las Vegas, have 3 children and 3 grandchildren. He enjoys the outdoors, sports, art, and travel.