You are here: Home / Fantasy / Red Revenge by Cherime MacFarlane 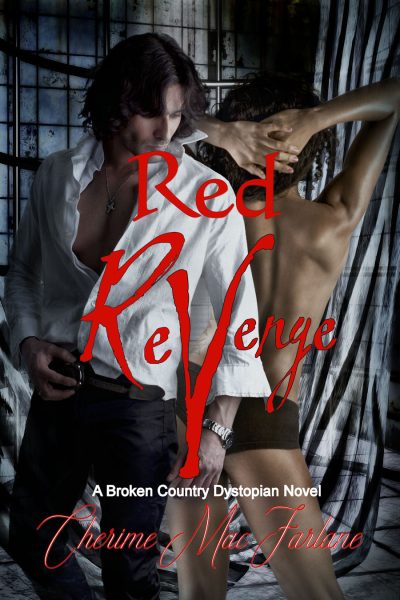 A Broken Country dystopian novel. New Release. Marin is in real trouble. The president is a figurehead; They split the states into Red and Blue. Kidnapping across state borders of females able to breed is a business. For women of certain bloodlines, having eggs removed and stored while getting a tubal ligation is a safety precaution. Her grandmother told her to get it done. Using a surrogate would be best—she didn’t. Now she’s being delivered to the man who paid to have her kidnapped.
Tanner Eugene Worthington IV suspects his father may plan to kill him. He’s made plans to escape. The woman’s kidnapping brings it all to a head.

Meet award-winning, Best-selling author Cherime MacFarlane. A prolific multi‑genre author, she has a broad range of interests that reflect her ‘been there, done that’ life. Romance, Historical Fiction, Fantasy, Paranormal, many characters and plots develop from a vivid imagination.
She lives happily in Alaska. A cabin built by her husband and her keeps Cherime and her four-footed friends warm during the cold winters. Occasionally, she makes forays into other parts of the state on picture taking expeditions. Sometimes, she ventures into Canada and down to the Lower 48 but is always ready to come home.