You are here: Home / Featured Books / Niergel Chronicles – The Tenth Mantle Bearer by D. I. Hennessey 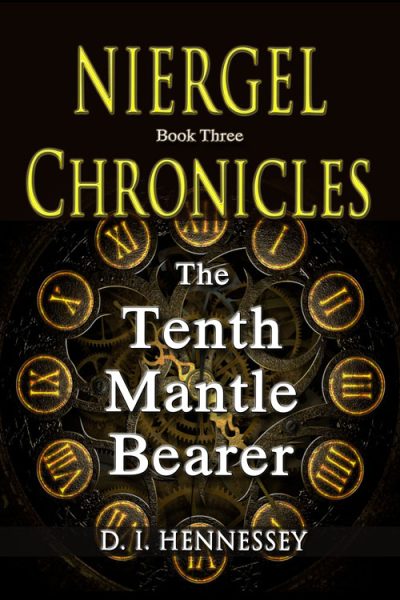 Niergel Chronicles – The Tenth Mantle Bearer by D. I. Hennessey

Niergel Chronicles – The Tenth Mantle Bearer follows the fantastic adventures of Jeff Sutherland, a brilliant young scientist who encounters a closely guarded secret that topples everything he has believed about reality.

Time is running out for Jeff as he races to complete his urgent Quest and new threats and surprising enemies come to light. His search leads him to the most extraordinary discovery of his life, unleashing new powers that turn the tide in their battle against the growing forces of darkness as Jeff assumes his role as the Tenth Bearer and defender of the Niergel Mantle.

The Tenth Mantle Bearer is book three in the Niergel Chronicles series. the story of Jeff’s soul-stirring pursuit of truth. While learning the truth about his lost family he also discovers the most extraordinary reality of all. One that upends everything he ever believed and is the only defense against the dark forces who now threaten the entire world. Jeff’s most profound discovery is the one he least expects — the proof of God’s creative hand.

Dan is an author of Christian fiction who believes in the power of Christ to redeem lives. He has held Youth Ministry, Associate Pastor, and Christian teaching roles, in addition to a three-decade career in the Publishing, Technology, and Healthcare industries. He holds degrees in Theology/Pastoral Studies and Behavioral Sciences and an MBA in Technology Management. Dan and his wife, Laura are the proud parents of four children and have eight amazing grandchildren.
Dan is the author of the Amazon bestselling series: Within and Without Time.