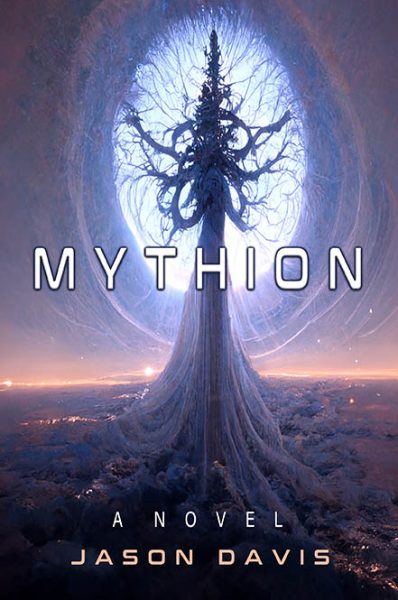 When Gavin comes to in a hospital with no memory of how he got there, he soon finds himself being escorted into an RPG psychotherapeutic marvel to heal his immuno-compromised body as well as to treat emotional traumas preventing him from becoming a truly powerful and effective person.

That psychotherapeutic marvel takes place in a quantum-created alternate reality called Xenxu, a lush, immersive utopia with its own AI citizens, laws, and culture, where humans are the guests. Along his journey, he will be assisted by several mentors, both AI and human, and even future versions of himself. A powerful feminine alien presence also takes a primary role in his unfolding.

As Gavin earns both mental and physical upgrades, he undergoes superhero-like exercises, earning many achievements in the game world and unlocking new abilities in the real world. But he soon realizes something dark is happening in the background when a shadowy military organization begins stalking him.

Gavin finds himself at the center of a mystery bigger than he could have ever imagined. One thing is for certain: he’s being groomed for something big, and when alternate realities begin bleeding into the real world, he alone may hold the key to freeing humanity from its mental prison.

Armed with incredible, mind-bending powers, his destiny will culminate in a final mission that is out of this world.

A new age science fiction book with an epic storyline, Mythion blends multiple genres. It’s near future social fiction, a mystery, a thriller, and has an epic love story. With many layers to it, this is a thinking person’s scifi but also a tale that action cravers will enjoy.

I write deep, layered, mind-bending, exhilarating books loaded with philosophical feasts that challenge stale paradigms, all from my Siren Class Cutter in orbit above Earth.

Upon visits Earthside, I hang in Colorado, engaging in human things which require muscle movement and oxygen demand, while pointing my high-end astronomy gear to the firmament to photograph the wonders of the night sky, and which I fully intend to one day visit. But, alas, who has time for interstellar travel in the endless hubbub of these modern times?

In addition to being an author, I’m a treasure hunter, alchemist, astrophotographer, and in the esteemed estimation of some, a permanent child. I love parties around fires in the mountains, lakes and deserts, with friends and great music, and often capture the glories of the heavens and show them on a 3D TV. Maybe we can swap stories around a fire someday.