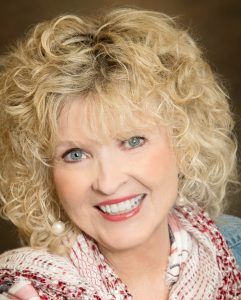 Tell us a little about yourself. Where were you raised? Where do you live now?
Tierney James decided to become a full-time writer after working in education for over thirty years. Besides serving as a Solar System Ambassador for NASA’s Jet Propulsion Lab, and attending Space Camp for Educators, Tierney served as a Geo-teacher for National Geographic. Her love of travel and cultures took her on adventures throughout Africa, Asia and Europe. From the Great Wall of China to floating the Okavango Delta of Botswana, Tierney weaves her unique experiences into the adventures she loves to write. Living on a Native American reservation and in a mining town, fuels the characters in the Enigma and Wind Dancer series.
After moving to Owasso, Oklahoma the love of teaching continued in her marketing and writing workshops along with the creation of educational materials and children’s books. Try some of her other books to bring a little adventure to your life. http://www.tierneyjames.com Speaking at book clubs, school functions, church and community groups are a few of the things Tierney enjoys doing when not writing her next adventure. She also helps beginning writers in their quest to becoming a published author through her workshops and classes. Family, two adopted dogs and gardening fill her life with plenty of laughter to share with others.

At what age did you realize your fascination with books? When did you start writing?
At the age of ten my fifth grader teacher introduced us to puppet plays. We created our own and then had to write plays to perform for our parents. After that I was hooked. I kept journals and notebooks full of ideas over the years. I even submitted a few to publishers with a sweet rejection soon to follow. At one point I needed to choose to be a supermom, teacher and wife or be a writer. The writer in me got put on hold. When my youngest went off to college she insisted I get to work on my first novel. The rest is history.

Who are your favorite authors to read? What is your favorite genre to read. Who Inspires you in your writings?
My favorite authors range from Vince Flinn, Brad Thor, and James Rollins to Nora Roberts and Sandra Brown. Thrillers and romantic suspense have always captured my heart and imagination over the years. When I read my first James Rollins book I thought, "Wow! I want to write like that some day." I studied his style and although I'll never come close, his words push me forward to improve. Nora Roberts and Sandra Brown know how to push my buttons as a woman. They paved the way for so many of us. about

Tell us a little about your latest book?
The Knight Before Chaos is #6 in the Enigma Series. Unlike the first five, this one is humorous. It is a blend of Die Hard meets Home Alone. Both main characters are forced into unfamiliar situations that result in discovering what is important in their lives.
THE KNIGHT BEFORE CHAOS
Captain Hunter believed watching Tessa Scott’s children for one night would be an easy assignment while she traveled to the airport in Reno to pick up her parents. What he hadn’t considered was how much they resembled miniature, domestic terrorists. The former Delta officer discovers, outmaneuvering the Taliban was child’s play compared to keeping three kids from falling victim to a group of not-so-smart burglars. But with their flare for the dramatic and enough plastic firepower to make Darth Vader tremble, the children help Chase make this Christmas one they’ll never forget.
A snowstorm delays Tessa’s parents’ flight for twenty-four hours. Although doubts of leaving Captain Hunter, to protect her children from themselves for a few hours, she discovers the night is filled with threats and they are in the crosshairs. When a notorious Irish assassin convinces Tessa that a contract has been placed on Captain Hunter’s life, she is forced to break the law in order to protect those she loves. The clock is ticking and the highway has closed over the mountain. Stealing a snowplow from the State Highway Department, kidnapping an FBI agent and trusting a not so saintly priest, hunted by the Russian mob, feels like Tessa may be wearing an orange jumpsuit for Christmas.
Another action-packed adventure with Tessa Scott and Captain Hunter as they create a new kind of Christmas holiday, filled with chaos, Christmas humor and unpredictable outcomes.

I'll have to admit this was just a fun novel for me to write. Although much shorter than the others, it was something I'd been wanting to do for a long time. This book took me about two and a half months to write. Writing about snow during an Oklahoma summer is pretty tricky. I gave myself an excuse to eat ice cream whenever I needed to cool down.