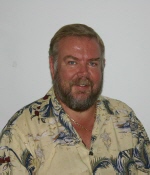 Tell us a little about yourself. Where were you raised? Where do you live now?
I have tried to portray what it was like to live in Kenya in those early days of colonization for early settlers. My grandparents were among may who originally left the UK in search of a better and more interesting existence and rest assured they got it! In my book I have used many accounts of life there for myself and my family living every day as a new adventure, with real encounters with wild animals and primitives who at that time were pretty much uncivilized in the ways of the western world. I stayed in Kenya until my early teens when y parents left there to return to England to escape the violence that independence brought to the Africans from the European population who ruled the country under the rule of the British Crown.
I lived in Banbury in Oxfordshire for a time and went away to boarding school in Guernsey Channel Islands attended Elizabeth College as a boarder Imagine Harry Potter, our school boarding house had many of the characteristics you saw in those sequels. My college was used as the German HQ in WWII where the Reich were planning the invasion of Britain prior to their ultimate defeat but before my time. The school itself had the look of a castle with turrets and a formidable façade built in natural stone. I had an incredible time at boarding school and shared many great times with my cousin Geoffrey (Sadly deceased now). After leaving Guernsey with many stories for a future book, I went back to the mainland and completed my education in business studies, prior to entering a career in the hotel Industry as a trainee manager with Crest Hotels. I met my wife during my time with the hotels and we married after a fantastic courtship. I left the hotel business soon after we were married due to the enormous hours of work required to be a junior manager and went into the Real Estate business and Successfully sold many homes in the Cotswolds' and later in Cornwall when we took our three children from Banbury to Hayle, where I joined a local Real Estate company selling homes again. WE left Cornwall some years after that to emigrate to California in search of a more remuneratively successful existence in the business of home sales. We had been given a copy of a Sunday Times Los Angeles version, where I had read an article about woman in Real Estate who had become a member of the million dollar club in just six months from going into the business. I misunderstood what that really meant, I thought she had made a million dollars but reality was that she had sold a million dollars worth of homes. It turned out to be one of biggest and best mistakes of my life thereafter, because it motivated us to move. I have been in Real Estate in California since we emigrated in 1978 and currently live in San Juan Capistrano, with so many stories about the path that brought us here. Stay tuned they are really good and i will try to get the writing done as soon as I can.

Who are your favorite authors to read? What is your favorite genre to read. Who Inspires you in your writings?
I like many different authors and I love diversity, like my music. I have always believed that variety is the spice of life in everything except my wife of course!!!!
When I was young I loved the Gerald Durrell novels, Robert Louis Stevenson, Later Mickey Spillane, louis L 'Amour, Joy Adamson, Kuki Gallmann , Too many to list however suffice it to say I am a sucker for almost any kind of good adventure, love stories, war stories with human inspiration, cowboy books. Not really into sci fi. I prefer reality I guess.

Tell us a little about your latest book?
Now you are talking! It took me almost two years to write it,
It is called "African Sunsets" A Settlers' Story.
This is an adventure story like no other. The book starts in Scotland and traverses the globe to distant Africa, to one of Britain's Colonies Kenya. It is based in times when the Crown was omnipotent and settlers had to be tough and resilient to survive there. The story outlines a loving relationship that not only endures some of the most challenging events, but it also demonstrates how huge success was enjoyed even under the most testing circumstances. The book has some basis in factual events from the author's youth, in fact his Grandparents were some of those early settlers, similar to those in the story.
From the beginning the book takes us into widest Africa, where wildlife and human interactions were an everyday reality. The opulent lifestyle of having African servants and high living were a reality and along with the hardships of being isolated in the bush far from any neighbors, it became a necessity to take all the necessary steps to protect the family against primitive savagery as the indigenous population became more and more resistant to the oppression of strict rule under a far distant king and his loyal military governors. This is a book that will grab you with the unexpected at every page turn!