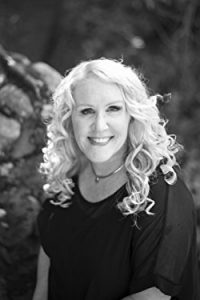 Tell us a little about yourself. Where were you raised? Where do you live now?
As an only child, growing up on the streets of New York City, I was always a daydreamer and a reader. Luckily, I can combine both those facets of my personality into the books I write!. I live, now, in the quiet New Hampshire woods, surrounded by evergreens and wild life. As far from the city girl I once was as is possible, hee hee! Recently, I adopted an 8 week old chocolate lab that my daughter named Maple Leaf because she's a New Hampshire born and bred pup!

At what age did you realize your fascination with books? When did you start writing?
I was an early reader and read complete chapter books at the age of 5. When I was 8 I was given one of those old fashioned lock and key diaries for a Christmas present, Instead of writing about my boring and lonely life, I made up stories about a girl who liked to go on adventures and had a family of 20! I filled up those first diary pages in less than 1 month. From then on there was no stopping me.

Who are your favorite authors to read? What is your favorite genre to read. Who Inspires you in your writings?
I love to read romance- contemporary and historical, RomComs, and biographies of famous people, women in particular If I had to name two people who have influenced my writing it would be Nora Roberts and Jack Canfield. I was lucky enough to have a piece published in CHICKEN SOUP FOR EVERY MOM'S SOUl and met jack in 2018. I met Nora Roberts at a conference in 2015, immediately burst into tears because she's been my idol forever. She told me to stop crying and tell her about myself. I simply adore her.

Tell us a little about your latest book?
My newest Holiday RomCom is another branch of the San Valentino family. I love writing about these folks because they remind me so much of my Sicilian stepfather's family!

Mistletoe, Mobsters, & Mozzarella
Finding a body in the freezer of the family deli isn’t the way Madonna San Valentino planned to start her day.

Adding insult to injury, the investigating detective is the one guy she’s never been able to forget. After seven minutes of heaven in the back seat of his car when they were teenagers, Tony Roma skipped town without so much as a thanks for the memory.

Just when Madonna thinks the present situation can’t get any worse, Tony is ordered to go undercover at the deli to ferret out a killer. Forced to work together, she vows to keep their relationship cool and professional. But with the sexy, longing looks he tosses her at every turn, Madonna’s resolve is weakening.

With Christmas drawing closer and Tony’s investigation taking an unexpected turn, Madonna is at her wit’s end. Can she really be falling for him again? And will he wind up leaving her broken hearted and alone like the last time?