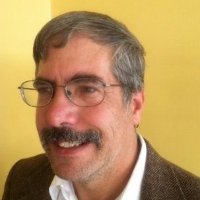 Tell us a little about yourself. Where were you raised? Where do you live now?
I was born in California but grew up in Montana where I lived until graduating with my Bachelor's degree in Physics from Montana State University and attending graduate school at Kent State U. in Ohio where I earned a Master's degree in Physics. I then moved to Santa Barbara where I worked several years in the new field of high transition temperature, thin-film superconductors where I both conducted basic research ad participated in product development. The first products were passive microwave filters used in the rapidly growing cellular phone industry. I then worked as a manufacturing engineer producing two-way text pagers, followed by fiber-optic components. I currently live in the Northern half of the People's Republic of California, though not as far north as Jefferson. I do not currently have pets unless we count a rather opinionated miniature horse that I do feed and water on behalf of a friend. I have had pets or shared pets over the years, both cats and dogs.

At what age did you realize your fascination with books? When did you start writing?
My folks sat with us and taught us to read very early — before the schools ever attempted to do so. I always had books, receiving them as gifts or using the public library. Probably the first book that made a real impression on me was H.G. Wells "The Time Machine" when I was in the 4th or 5th grade. I got lost in that book! I did read science-fiction as a kid, but that trend did not continue as I delved more into non-fiction where I learned that much of what I had learned was in the fiction category. Reading some lesser known works of history or economics enlightened me that there was a great big world out there full of causal events driving events that had been omitted either overtly or covertly from our so-called education system. Much of what we read now or have been taught is highly superficial and does not answer the most obvious questions. This is not a surprise as the public school system is fully derived from the early 19th century "Prussian Model" which is designed to make obedient servants of the State rather than independent thinking persons.

I only began writing approximately one year ago in February or March 2020. I was a bit turned off of writing when the first time I tried to write creatively in a university class, it became apparent that the grading was rather subjectively graded. I always did enjoy writing and as an engineer I often complained that engineers, by and large, were nearly incapable of it. I was often called upon to "write up" something we were working on. I had some harsh teachers in school. One, in particular, for a research writing class — a college prep course — got so fed up that he made us all diagram sentences for several weeks! I grumbled, because I felt like it was group punishment.
Regardless, none of this was like writing a novel. I tried once or twice but always psyched myself out of it. Last year, I just sat down in front of the computer and started writing. Quite a few things had been rattling around in my brain that had built up over decades and had to come out. Boy did they come out! I wrote one book, then another, then that gave me the idea to really delve deep into the characters and the world that I created. (I gave myself lots and lots of literary time and space to let those meanderings explore all kinds of subjects.)

Who are your favorite authors to read? What is your favorite genre to read. Who Inspires you in your writings?
I don't know that I have spent any long period of time with a specific author. One whom I particularly enjoy currently is Thomas J. DiLorenzo. He is an honest economist who writes history from the honest perspective demonstrating much what we know as history is economically driven. He dispels the "Lincoln Cult" as he describes it. His book on Alexander Hamilton is equally enlightening. He has stated, and I agree, that historians are quite unable to write about economics, but economists are quite capable of writing history. This may be a conceit, but reading Murray Rothbard — an extremely prolific writer when he was with us — I still concur. Rothbard's "Conceived in Liberty" covers the entire Pre-War-of-Independence era which American History courses and writers mysteriously leave out. It is this kind of honesty in writing that attracts me and inspires me. It is writers like these who do not hold to the "Great-Man" or "Great-Event" approach to history that has dominated over the millennia. History has a flow with all kinds of characters influencing matters behind the scenes who are never discussed. The so-called historical events are not matters that occur in fits and starts or are generated by one or two minds at the time. It is the surrounding context I am interested in that breaks through so many accounts that generally become nothing more than myths. Winston Churchill is attributed to saying that "History will be kind to me because I shall be writing it."

The writer and thinker who really caused the scales to fall from my eyes is Marc Stevens who wrote "Adventures in LegalLand" and "Government: Indicted". His use of the basic Socratic Method demonstrates that the world around us is largely a false one in which people are participating through the veiled threat of violence or duped by gaslighting rather than acting on their own in their own best interest or that of their families. "Caesar's Messiah" by Joseph Atwill would be another fine example of applying Occam's Razor to history.

Tell us a little about your latest book?
My latest book is called "Treason". I will go into as much detail as I can, but since it is the third book of a trilogy, I hope not too much. All of my books are hitting the market simultaneously which may or may not be the best strategy.

This question requires some background so here goes. My first book — Sol is Not Lost — centers on Trevor Van Leeuwan who is the great-grandson of the leading character in Treason — Marcus Aurelius Van Leeuwan. Trevor is the leading character (I would say hero, but this evokes the 'great-man' problem again — he is the inspiring figure, let us say.) Trevor's family have been colonists in a breakaway society on the planet Magellan, discovered by his great-grandfather Marcus, who also developed Faster-Than-Light interstellar drive. Only a tiny few in the Earth system know about this because the technology is deemed too dangerous to fall into the hands of governments. In any case, Sol is Not Lost and For the Ages were my first books. I then wanted to delve into the history or this future history (sci-fi used to be called 'future history'). This is where the Van Leeuwan Trilogy comes in. We all watch sci-fi, but the origins of these future worlds just seem to pop onto the scene (see my complaints of how history is taught). I wanted to explore just what Marcus Aurelius and his brother Hans Hermann-Hoppe (H-cubed) went through to bring those colonies into existence. This is fodder for a trilogy (and more?).

This third book — Treason — delves into the nature of intelligence/consciousness in sync with the interconnectedness of a biome and its implications. As Marcus and his compatriots start to settle into their environment, there is still no guarantee that they can ever return to Earth. What if they introduce some tiny virus or prion that would endanger many billions of people in the home system? Treason refers to being endangered by a would-be colonist who may have sold them out to the powers-that-be in the Sol System i.e. their colony, their breakaway technology and all the reasons why they wished to snap the confines — physical and psychological — of Earth and increasingly Mars. The 'Mars Frontier' or the 'New Settlements' as I refer to them, do not have a government. They do not need one or want one. I will say in all honesty, this was how I began my world building — based upon Rothbard, Marc Stevens, Frederick Bastiat and others. Only very recently I became aware that Elon Musk in his StarLink documentation discussed his Mars Colony very late in 2020 declaring that 'NO EARTH GOVERNMENT would hold sway in the colony he was building.

In Treason, of course the colony — many light years from Earth or Mars — technology, and all are at risk just as they finally found a place to settle for the long term. Enemies on Earth have been titillated of this possibility but have no concrete proof thus far in their ongoing attempt to co-opt the technologies of Van Leeuwan et al. We have a sociopathic crony capitalist — Malcolm Aldrich and later his estranged and equally psychotic lover, an ex-POTUS and again appointed Senator waging her own private war to annex the Mars Frontier along with anything else she can get her hands on. There are targets for abduction or worse and creative ways of dealing with those. There are intelligence and counter-intelligence operations. In all of this, the deeper scientific and philosophical discussions with the latest (real world) thinking on both injected for the reader to ponder.