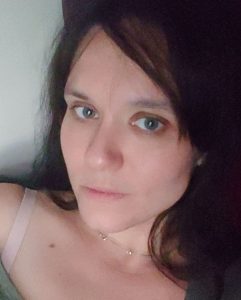 Tell us a little about yourself. Where were you raised? Where do you live now?
I grew up in Nashville, but I've lived in the Philadelphia metro area for the last two decades. I met my husband in New England and, after college, we settled in Pennsylvania. We don't have any pets, but are currently raising a brood of children.

At what age did you realize your fascination with books? When did you start writing?
I've always loved books. I was the child who received pens and reams of paper for Christmas and birthdays! I remember writing short stories and poetry throughout primary school and, by the time I was in middle school, was organizing fairly long novellas. I began professionally publishing in the early 2000s and, in 2013, switched from nonfiction to fiction.

Who are your favorite authors to read? What is your favorite genre to read. Who Inspires you in your writings?
I was a librarian and, quite honestly, will read anything! My favorite book is The Source by Michener (although I'm not a huge fan of his other pieces!). A book that has stayed with me is Anita Shreve's The Last Time They Met.

I don't know that "who" inspires me is the question in as much as it is "what" inspires me. I feel like life makes the best art and, even in my paranormal and dystopian work, I draw from real life to create the situations and characters.

Tell us a little about your latest book?
Alexander Vale has lived for a thousand years. He has seen the human race fall prey to the immortals and now, as a member of the ruling Archon class, he is responsible for his own people- both the older and more powerful Archontes as well as the hunger-driven Subalterns- and the mortal Esnes. The Law is his safety; he helped create the ruling class hundreds of years ago to quell revolt and provide a measure of calm in a world that was ravaged by cruelty and harsh conditions. Once the Old Lands were made docile, he and those like him turned to the New Lands, and he eventually settled himself as the Commissioner of the North Eastern Dominion. The Law was established: the Esnes were forced into obedience, the Subalterns (for the most part) were subdued, and the Archontes were firmly in control. There have been minor rebellions, but, since the Great Rebellion (twenty-five years ago), there has been a relative peace. Stumbling upon an Esne after dark, his entire life is turned on end and he sees not only who he has been, but who he is at his core self. In a story that combines the dystopian and speculative worlds with romance, Vale crafts a psychological tale that pits ego against soul, with heartbreaking consequences.