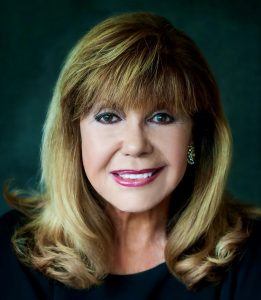 Tell us a little about yourself. Where were you raised? Where do you live now?
I was born and raised on the Eastern Shore of Maryland, halfway between the Atlantic Ocean and the Chesapeake Bay. While my immediate family has either passed away or left the area, I still have several cousins and many, many high school friends I continue to keep up with even though it's been decades since we graduated. For the past 40 years, I have lived in Florida, the last 15 of which I have spent just north of beautiful, ancient St. Augustine. I am a regular contributor to some of our local magazines and spend as much time as possible with friends, children, and grandchildren.

At what age did you realize your fascination with books? When did you start writing?
My mother was an avid reader and made me one as well. She read to me right from the very beginning and I had a huge collection of Little Golden Books–which, sadly, got destroyed when they passed to my little brother. But when I had children and grandchildren, we built the collection back up again and I loved revisiting some of my favorite stories with them. We had the complete Dr. Seuss collection, too, and when I write poetry, my poems still tend to emulate the Seussian-style.

I have also always been a writer, and was first published at the age of ten-years-old, when my flower-filled fantasy, "The Garden," was printed in my small hometown newspaper. I wrote short stories and poems during my teens and early twenties, and then dryer stuff in the form of business proposals and non-profit grant requests during the bulk of my working years. But when I visited an ancient cemetery in Midway, Georgia, one of the spirits there reached out to me and my first novel, THE CONSORT CONSPIRACY, was born. Now that I am retired, my newest novel, ON DEADLY GROUNDS, the first in a series, will be released on May 8. So far, my books are suspense with history and mystery woven in. I say so far, because one of the next books I will write is a vampire story with quite a wonderful twist.

Who are your favorite authors to read? What is your favorite genre to read. Who Inspires you in your writings?
In my early days, I read everything from Sidney Sheldon to Danielle Steele, but tired of Danielle's formulaic writing and the sex in Sidney Sheldon's books finally outweighed the stories, so I gave them up, too. My last several years have been focused on thriller writers with Dan Brown, David Morrell, and Steve Berry as my favorites. I have had the pleasure to meet many authors at various conferences, David Morrell and Heather Graham among them. But my real favorite is Steve Berry, who also happens to be a neighbor and a friend. Steve, in fact, gave me a cover blurb for my newest book. I am inspired by prolific writers Kristin Hannah and Diana Gabaldon, however, I am fascinated by debut author Delia Owens. They all–the women, especially–inspire me to keep going on days when I look at what I wrote the day before and declare it "garbage." I have learned that every writer goes through periods of that, so I keep plowing ahead. And it all works. Eventually.

Tell us a little about your latest book?
ON DEADLY GROUNDS is my newest book and is the first in a "Deadly" series, with the second book–the one I'm working on now, titled FROM DEADLY TIES. This series is led by strong heroine, Mattie Maguire, who, after a traumatic event in her life, returned home to her small town in North Carolina, where she lives close to her parents and grandparents. Through her efforts, her hometown has been chosen for the site of the next International G7 Summit when it cycles back to the states in 2020. Here is a sneak preview of the books' description:

"On the eve of an international G7 Summit, event coordinator Mattie Maguire discovers that the venue, a century-old estate close to Asheville, NC, is more than simply a picturesque setting. It is also the center of political conspiracies involving a ruthless Russian spy ring that will stop at nothing to steal the massive fortune they believe to be hidden there. The search intensifies and a rogue Russian agent attacks Mattie’s grandmother, still living on the estate. She hovers in a coma, barely clinging to life.

As Mattie struggles to protect her family and ensure a safe event for the most important leaders in the world, her discovery of a fraudulent heir to the estate puts her own life in danger as well. But when her eighty-five-year-old grandfather is kidnapped and held at gunpoint, her path becomes clear. Despite her fear, she must locate the only person who has the information the Russians seek—the estate’s rightful heir, hidden away for decades after the murder of his father. But will the true owner’s return to his childhood home put his life in danger, too?"

It only took me about six months to write this book, but more than a year to do the rewrites. And even more rewrites after I got my publishing contract. That's just the way of the business. At least for us newer authors. But that's okay. I trust my editor completely and I have recognized that each new iteration has made for a stronger, better story line. I'm looking forward to working with them again on the rest of the series.