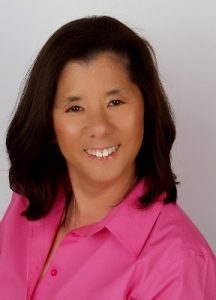 Tell us a little about yourself. Where were you raised? Where do you live now?
I was born in Chicago, Illinois and lived there until I was eight. My father wanted to be a professional golfer so we moved to Japan where he could join the PGA. We lived there for four years and returned to the States, moving to Arizona. After I graduated from high school, I joined the Navy and got out after three years. I got married and went to college where I got a bachelor's and master's degree. I went back in the Navy and retired with twenty-two years of service. My husband and I moved into a motorhome for a few years until he passed away. I went back to work in the federal government as a civil service worker. I retired again after I took up writing and now live in Tucson, Arizona.

At what age did you realize your fascination with books? When did you start writing?
I didn't start writing until late in life. I was in my fifties, when I discovered a passion for writing. It came about after watching the 'Lord of the Rings' movie series by Peter Jackson. I came up with my main character and she brought with her a lot of stories. The only way I could get them out of my head was to write them down. Now, I can't stop.

Who are your favorite authors to read? What is your favorite genre to read. Who Inspires you in your writings?
My favorite authors include James Rollins, Louise Penny, and Suzanne Collins. I enjoy reading action thrillers, mysteries, and fantasy. The person who inspired my writing was J.R.R. Tolkien as interpreted in the 'Lord of the Rings' movie series by Peter Jackson. I even went to New Zealand to see where it was filmed.

Tell us a little about your latest book?
My latest book is called the "Edge of Death," the second book in the Admiralty Archive series. In the first book, my main character, Alex, a young woman who is part Elf and part mortal, is left stranded in the mortal world. In this book, she realizes that she's not just stranded but exiled and her life is in danger from various sources including Rock Elf assassins, wizards, and a white supremacist group bent on killing her mentor, VADM Teller of the British Royal Navy, a black man. The initial draft only took a few months to write but I take a year to have it edited and proofed before its published.