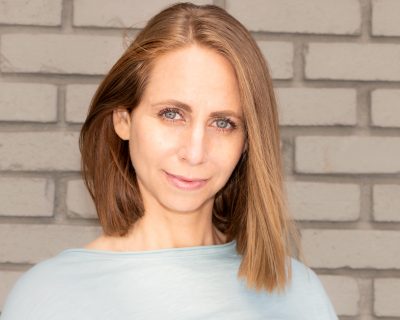 Tell us a little about yourself. Where were you raised? Where do you live now?
Hi! I'm Jennifer Lieberman, from Maple, Ontario, Canada. I'm a multi-multi-hyphanate writer-actor-producer and have appeared in over thirty stage productions in Toronto, New York City, Los Angeles, Europe and Australia; including my Award-Winning Solo Show Year of the Slut, which my novel was adapted from. In addition to my performance career I've penned a number of screen and stage plays including the wacky web-series "Dumpwater Divas" and the short films "Leash" and "Details" which both screened at the Festival De Cannes’ Court Métrage among other international film festivals. I also have a weekly vlog "I Never Thought I Would…" where I interview fellow authors about doing things they never thought they would and the amazing places it led them.

At what age did you realize your fascination with books? When did you start writing?
Although I always loved listening and telling stories, I was a slow reader growing up so it took me quite a while to get into books. In high school I really got into reading plays when my love for the stage was ignited. It wasn't until I was in my early 20's living in New York running a theatre company in the East Village when I fell in love with reading books. I was living in Queens and had a long commute on the subway and I also discovered this extraordinary used book store called The Strand, I guess the combination of the two led me to my now veracious habit of reading. I started reading a book on week on y subway commute and got hooked.

Tell us a little about your latest book?
"Year of the WHAT?" is an adaptation of my award-winning solo show "Year of the Slut" and is a romantic comedy that follows heartbroken and lonely 25-year-old Dana, who is six months off her first break-up and living the single life in New York City. A virgin once removed, she’s insecure and on the hunt for the one.

Dana has only been with one man and hasn’t given herself a chance to explore her own curiosity. She feels ashamed of her desires, and keeps trying to squash them in order to be a ‘good girl’. Her roommate, Kelly, on the other hand, has none of Dana’s hang-ups.