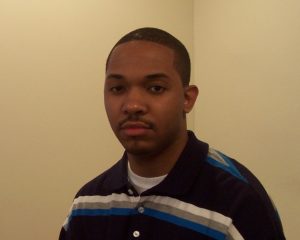 Tell us a little about yourself. Where were you raised? Where do you live now?
I was born and raised in North Philadelphia and I still reside in the city. I now reside in the upper part of Philadelphia. I graduated from Temple University in 2007 with a bachelor’s degree in Film and Media Arts. Next I attended Temple University Japan in the study abroad program and studied Asian Studies: Japanese Popular Culture (Manga) & Comparative Studies in Japanese Anime. At the end of college, I became a freelance screenwriter, writing independent projects. Screenwriting was my first passion, but then I went back into writing short fictions.

At what age did you realize your fascination with books? When did you start writing?
I always had an active imagination. Creating stories as a kid, I would say, was the catalyst for my storytelling. I had watched movies a lot, some cases I would watch them over and over again. Video games were also a huge part of my life as well. It wasn’t until 7th grade where I wrote my very first short story. Ms. Kane, our teacher, introduced me and the class to reading novels. The first novel I read was S.E. Hinton’s The Outsiders. That led to writing my first story for class. I remember being so into it, it felt like the only thing that existed was the world that I was creating in word form, and nothing else. That’s how deep in thought I was in when writing. And when I reached high school, I took writing more serious, which led to my decision to be a screenwriter.

Who are your favorite authors to read? What is your favorite genre to read. Who Inspires you in your writings?
George Orwell is one of my inspirations due to his idea of a future that depicted the troubles of society due to a higher form of authority, giving the thought that such totalitarianism could exist and reshape social grounds. It makes you think about how order is perceived through the eyes of men and women that appear to be molded into somebody affected by extreme change. Edgar Allen Poe is another inspiration. I really liked the dark tone he sets in his works. They were written so well, it came off as if he was a romantic writing tragedy and mystery. I’m also a huge fan of Rod Serling and the original Twilight Zone, along with Akira Kurosawa, Hayao Miyazaki and Takashi Miike who are great Japanese creators.

Tell us a little about your latest book?
I wrote Children of Gods because it takes on the idea of a human’s relationship with technology. Every day we are introduced with a new form of technology or device that will make our lives better. But also within the shadows of our world, there is technology that is used for bad intentions like weaponry of war and destruction. That’s what the title of my manuscript represents. We live in a world where everyone takes on the role of God and create. In the story, the characters are made by these men and women, and shapes them into becoming something more than human. It was an interesting concept to take on as it deals with our reality in the future that we live in now. It took closely to a year to create a compelling story, and numerous edits, adding and deleting ideas written. It was fun to do. I liked how it came out.