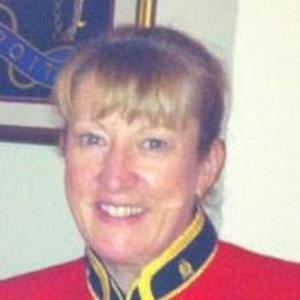 Tell us a little about yourself. Where were you raised? Where do you live now?
I'm originally from Pontypridd in South Wales, but left aged seventeen to join the Army. Following a career of over thirty years in the British Army, my husband and I moved to Cyprus to become weather refugees.

I've written children's books about Jason the penguin and Barry the reindeer and 'The Island Dog Squad' series which is suitable for teens and adults. Books for more mature readers include the aliens, afterlife, and soldier series, and my novel about netball players.

The first book in the latest series 'Unlikely Soldiers' is set in nineteen seventies Britain. The second covers the early eighties and includes the Falklands War, service in Northern Ireland and (the former) West Germany. 'Friends and Revenge' is the third in the series, and takes a sinister turn of events. Book four is currently a work in progress.

'Court Out (A Netball Girls' Drama)' is my stand-alone novel. Using netball as an escape from her miserable home life, Marsha Lawson is desperate to keep the past buried and to forge a brighter future. But she’s not the only one with secrets. When two players want revenge, a Tsunami of emotions is released at a tournament leaving destruction in its wake. As the wave starts spreading throughout the team, can Marsha and the others escape its deadly grasp, or will their emotional baggage pull them under, with devastating consequences for their families and team-mates?

'Beyond Possession', book four in the Afterlife series is a fast-paced supernatural thriller involving child possessions, reincarnations and telepathic twins, with angels trying to keep the Devil and his evils at bay. I plan on writing more in this series next year.

‘The Island Dog Squad’ is a series of novellas inspired by the rescue dog we adopted in 2018. The real Sandy is a sensitive soul, not quite like her fictional namesake, and the other characters are based on Sandy’s real-life mates.

I like to spend my time writing, hanging out with Allan and Sandy, and avoiding housework.

At what age did you realize your fascination with books? When did you start writing?
My own love of writing started with rhyme, followed by song lyrics (when I collaborated with local musicians and co-wrote a number of songs). From there I went on to write my first children's book, then decided to write full-length novels.

Who are your favorite authors to read? What is your favorite genre to read. Who Inspires you in your writings?
I've loved reading for as long as I can remember and enjoy most genres, as long as the story keeps me interested. I like to discover new Indie authors and support their work.

Tell us a little about your latest book?
The latest book is a first for Deb – a non-fiction memoir, co-written with her friend, Joanne Lythgoe.
Over a few glasses of wine one night, Joanne shared her life story with Deb, and they decided to share part of that story. The result is, 'Zak, My Boy Wonder'.
Zak was born with a very rare cleft palate and only had a twenty per cent chance of survival. To add to his family's stress, the military medical authorities abandoned them when they needed them the most. You may need a box of tissues handy when reading this one!