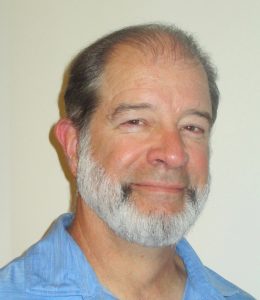 Tell us a little about yourself. Where were you raised? Where do you live now?
I grew up in Arvada Colorado, a burb west of Denver. My present residence is Kenmore Washington, a burb of Seattle. For much of my working life, I was an engineer, now I write. I’m also the songwriter and recording artist Mr Primitive.
While I’ve had a number of pets throughout the years, dogs and cats mostly, these days it’s our family of local birds.

At what age did you realize your fascination with books? When did you start writing?
I began reading early, like most kids, with scholastic books, around the age of 10 and have been a voracious reader ever since. I started writing in earnest after I had open heart surgery in late 2013 and had time to kill. Rather than watching TV, I challenged myself to write that novel and to my surprise, did just that. I’ve continued writing to this day.

Who are your favorite authors to read? What is your favorite genre to read. Who Inspires you in your writings?
I read all kinds of things from books to magazines to topics on the internet. For pleasure, I gravitate to mysteries because I think you find the true character of people in any given generation. My favorite writers are Walter Mosley, Raymond Chandler, who have directly inspired my series, as well as JD Robb and Stephanie Plum.

Tell us a little about your latest book?
My latest book is Where Fools Dare to Tread, which is the first in the Monk Buttman series. The series revolves around a man who after screwing up his life decides to be nobody and live out his life anonymously in LA. Naturally, that doesn’t work out. Monk gets pulled into a caper gone wrong after witnessing a killing and then being asked, despite no expertise in such things, to find the killer. This leads him down the rabbit hole made for nobodies in this world and it’s up to Monk to figure out how to come out of it alive. Along the way he finds love and comes to terms with his past. The second book, A Twinkle in the Eyes of God, comes out in January 2020.