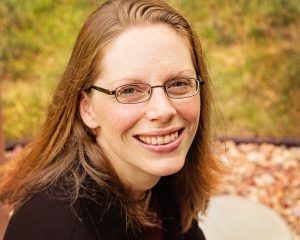 Tell us a little about yourself. Where were you raised? Where do you live now?
I'm an Iowa girl who was transplated to Nebraska after college. Big move, I know. haha. I've been married for the last 17 years and have two daughters, ages 11 and 7. We also have two fish, dandelion and ketchup, and two new guinea pigs, smore and zippy. It's buty around here!

At what age did you realize your fascination with books? When did you start writing?
When I was little, before I could read, I would memorize the books my parents read to me and then pretend to read them to them. I started writing as early as I can remember as well. I used to cut out magazine pictures and paste them to paper and write stories around them. Then I'd sell these 'newspapers' to my parents for a nickel.

Who are your favorite authors to read? What is your favorite genre to read. Who Inspires you in your writings?
I love Lots of authors and genres. A few that stand out to me are KAren Kingsbury and Richard Paul Evans. I like to read romantic comedy, but I also get into drama and much more. I'm inspired in my writing by things that happen in my life, TV, imagination, and more!

Tell us a little about your latest book?
As if it wasn’t bad enough to be deemed the “most single person” at her magazine’s office, budding reporter Penny has now been tapped to write a series of features called “The Dating Itinerary.” From speed dating to Tinder, old-fashioned matchmakers to up-and-coming “dark dating,” Penny now has to go on a lot of dates. Silver lining: meeting new people should be fun, right? But running into her old rival, George, at her first dating event is decidedly not. Not only does the arrogant know-it-all have zero trouble attracting women, wherever Penny goes, somehow he just. Keeps. Showing. Up.

Geo knows he’s right on the cusp of writing success with the chance to have his own syndicated column. All he has to do is follow his agent’s ideas for showcasing different dating avenues, and he’ll pull in enough to help his sister’s non-profit women’s shelter get off the ground. Sure, his itinerary is starting to look strangely similar to his old rival Penny’s, but all’s fair in love and syndication, right?

The more they look for love in all the wrong places, though, the more they start to wonder if it was right in front of their noses all along. Still, the brutal dating scene just might end them, if these two don’t kill each other first.