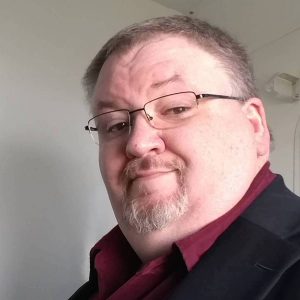 Tell us a little about yourself. Where were you raised? Where do you live now?
Hi. I'm Bobby Nash. I an an award-winning writer of novels, comic books, short stories, etc. I was born and raised in Atlanta, Georgia. Although I no longer live in Atlanta, I am a rarity in the area, someone who still lives in the area. Most Atlanta residents are transplants. I now live 50 miles east of the city in Bethlehem, GA. No pets. Just a dad and brother I take care of.

Here's my official author bio:
Bobby Nash is an award-winning author of novels, comic books, short stories, novellas, graphic novels, and the occasional screenplay for a number of publishers and production companies. He is a member of the International Association of Media Tie-in Writers and International Thriller Writers.

Bobby was named Best Author in the 2013 Pulp Ark Awards. Rick Ruby, a character co-created by Bobby and author Sean Taylor also snagged a Pulp Ark Award for Best New Pulp Character of 2013. Bobby has also been nominated for the 2014 New Pulp Awards and Pulp Factory Awards for his work. In 2015, Bobby's novel, Alexandra Holzer's Ghost Gal: The Wild Hunt won a Paranormal Literary Award in the 2015 Paranormal Awards.

For more information on Bobby Nash please visit him at www.bobbynash.com

At what age did you realize your fascination with books? When did you start writing?
I started pretty young. I was a teenager when the artistic bug hit me and I started writing stories so I would have something to draw. Eventually, I moved into writing more than art, then finally to short stories and novels. I have been fascinated by the storytelling process since I was a kid. When I was young, I was an only child for a number of years so I learned to use my imagination to great effect.

I started getting serious about writing in the 1990's. In 1992, I sold my first comic strip (Life in the Faster Lane) to a monthly magazine. I worked for Keeping Up With Kids magazine for 12 years. In 2001, I sold my first professional comic book script (Demonslayer: Vengeance #1). In 2004, I sold my first novel (Evil Ways), which premiered in 2005. It's been pretty busy since then.

Who are your favorite authors to read? What is your favorite genre to read. Who Inspires you in your writings?
I love reading different genres. Crime and thrillers are my favorite, but I also enjoy sci fi, space opera, super-powered fiction, action, and adventure. A few authors I enjoy include Michael Connelly, Alex Kava, Van Allen Plexico, Christopher Golden, Dan Jolley, John Hartness, Stephen J. Cannell, Ed Brubaker, Jonathan Maberry, and more. This list could go on and on for a while.

Tell us a little about your latest book?
My most recent release is SANDERSON OF METRO, the first book in the relaunch of Frank Dirscherl's THE WRAITH series after a short hiatus. Sanderson of Metro tells the full origin of the man who becomes The Wraith for the first time. Frank and I wrote the novel based on a comic Frank wrote several years back and expanded the story. It as a lot of fun.

SANDERSON OF METRO
A novel featuring The Wraith by Frank Dirscherl and Bobby Nash.
Published by Trinity Comics.

Two masters of the superhero pulp fiction world, Frank Dirscherl and Bobby Nash, have come together to tell this tale, the NEVER before told origin of the first Wraith/Paul Sanderson, as only they could.

Witness to the original Sanderson's early childhood, the emptiness in his soul, his yearning for meaning in his life, his finding it in the wilds of Africa and coming face-to-face with the man who would one day become his greatest nemesis. And finally, how he was endowed with the awesome powers of the Eyes of Judgment, becoming the very first Wraith Dread Avenger of the Underworld.