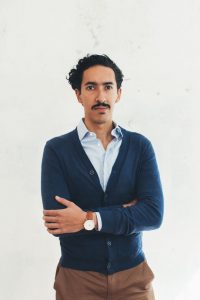 Tell us a little about yourself. Where were you raised? Where do you live now?
I was born in Mexico and raised in the U.S. (Does that make me a dreamer?) More important to my writing has been the contact with clients my wife and I encounter leading U.S. travelers (many of them New Yorkers) on tours of Mexico and other Latin destinations. “We Have Taken Your Husband” is a kind of composite of the often unwarranted fears U.S. travelers bring to Mexico these days. It’s a magnificent country with a culture older than its neighbor to the north.

At what age did you realize your fascination with books? When did you start writing?
I started in my teens, but didn’t get serious until I started having time to kill, waiting in airports for delayed flights to wonderful locations.

Who are your favorite authors to read? What is your favorite genre to read. Who Inspires you in your writings?
I admire books that violate genre rules or expand our understanding of what a given genre — thriller, romance, travelogue, whodunit — can accommodate. So, sure, I’m a fan of Knausgard (even though I think memoir is usually a mistake for less talented writers). But I’m an even bigger fan of the generation of 20th-century writers like Raymond Chandler, James M. Cain and Dashiell Hammett, writers who so perfected their mastery of a genre that their books became windows on the whole world. I should add that I especially like books tinged with (or steeped in) irony. Evelyn Waugh was a master, Nabokov, Thomas Mann. A forgotten writer named Norman Douglas wrote “South Wind” way back in 1917 and it doesn’t hold a candle to work by the other authors I just named, but it is funny as hell and in the way it sketches a group of British expats living on an island in the Mediterranean, it provided inspiration for my book about U.S. expats living in Mexico.

In terms of inspiration, the sound of voices echoing in my head — those of the characters but also the quirks that characterize the way an omniscient narrator expresses himself or herself.

Tell us a little about your latest book?
“We Have Taken Your Husband” starts as a genre “thriller.” A couple of New York retirees are living in a small Mexican village when the husband is kidnapped and held for ransom by … well, it’s not quite clear by whom: a cartel? Thugs pretending to be big-time narcos? None of the above? The victim’s wife, Ariana, is ordered to keep her mouth shut and not go running to friends or to the U.S. embassy for help as she awaits the ransom demand. That leaves her as imprisoned in silence as is her husband in the cell where his captors have stashed him. From that fairly conventional beginning the book unfolds to become a portrait of a complex marriage frequently betrayed by both husband and wife. Mexico, for them, holds the promise of perfect freedom, of both the poitical and the erotic kind. But does Ariana really want back the man she must risk her financial security to free? And is her husband, Schuyler Schermerhorn, heir to a once magnificent Hudson Valley estate, somehow complicit in the disaster that has engulfed him? The positive reviews are from readers who delight in the genre mash-up: pulp fiction with a sophisticated psychological edge and a bit of raw eroticism.