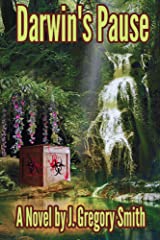 Young, rich and beyond the law.

Former war photographer Fin Campbell means to find out. He never believed his old college friend’s elaborate stories to explain a pair of pristine civilizations living side by side on the isolated Polynesian island of Hoku. The entire island is designated a World Heritage Site and kept off limits by the French Navy.

When Fin receives a once-in-a-lifetime opportunity to join his Hokutian friend to witness a private ceremony never seen by outsiders, he jumps at the chance.

Soon he becomes more than a mere observer and finds himself in a fight for his life and the survival of all Hoku.

Buy the book, and follow the author on social media:
Learn more about the writer. Visit the Author's Website.
Get This Action & Adventure Book From Amazon.

Author Bio:
Greg Smith is the bestselling author of the thrillers, A Noble Cause and the Flamekeepers as well as the Paul Chang Mystery series including his breakthrough novel, Final Price and the sequels, Legacy of the Dragon and Send in the Clowns all published by Thomas & Mercer.

Prior to writing fiction full time, Greg worked in public relations in Washington, D.C., Philadelphia and Wilmington, Delaware. He has an MBA from the College of William & Mary and a BA in English from Skidmore College.

His debut novel, Final Price, was first released as a self-published work before being signed to Thomas & Mercer and re-released.

Greg is now working on a new thriller series (The Reluctant Hustler) starting with Quick Fix, and followed by Short Cut, as well as short stories.

Greg currently lives with his wife and son in Wilmington, Delaware.