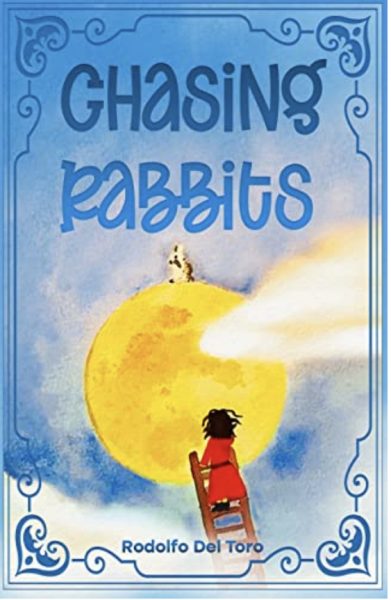 “Let’s make the most of the time, because wasting time is the most expensive thing of all” — Vincent Van Gogh

With an important test quickly approaching, Rudy is sure he is more than up to the challenge. Nevertheless a forthcoming trial unrelated with his academic abilities will test his very soul.

As a driven fourth year medical student, Rudy Dell is all about numbers and school standing. Having previously scheduled a non-demanding clerkship to complete his studies; an unexpected turn of events finds him assigned to the Oncology unit of the University Pediatric Hospital. On unfamiliar territory and answering to a demanding attending physician, things are not as expected.

On a desperate struggle to find time to study Rudy is now surrounded by patients and situations very different to what he has faced before. Still confident in his abilities, Rudy believes he will tackle this new challenge as he always does, head on. Unbeknownst to him, he will face a most unexpected test, as the children of the oncology unit show him he might not be quite prepared for the upcoming weeks, and maybe not quite prepare to become a doctor.

2022 marks his twenty-six year as a doctor, oddly enough Rodo never intended to be a doctor. On the contrary, during his early teenage years, he dreamt of becoming a musician, screenwriter, or maybe a film director.

It was late in high school, while performing community service (a school requirement, not a punishment, some other community service was indeed punishment; it was a strict Catholic high school) that he was exposed to the medical field. Assigned to help a resident doctor perform his tasks at a local hospital, Rodo unexpectedly felt great satisfaction from helping others.

Making an uncharacteristically mature decision for a teenager, Rodo accepted the challenge, moving ahead after high school and spending the next twelve years between college, medical school, and residency.

Despite having a great professional life and a fantastic family, he felt an urge to do something different, to create. So, in 2015, after a particularly interesting 2014, he decided to sit down to write.

Unbeknownst to him, it would take four years to write and publish his first work, Departure Point, a niche piece. It’s a story he is quite proud of, despite the fact that he concedes that it is plagued with far too many mistakes.

Nevertheless, writing and publishing was a rewarding learning experience involving hard lessons learned, helping him realize how little he knew and still had to learn about writing and publishing. This knowledge, or rather lack thereof, helped him approach the writing of his second book, Chasing Rabbits. Not only did it give him newfound determination, it also allowed him to better navigate the road, or at least avoid the previous pitfalls.

Chasing Rabbits was published in March 2020, and despite the challenges 2020 brought forth, it has received great reviews. Today, Rodo continues to write and get the word out on his works, when time permits it. Publishing a set of short stories unimaginatively titled Six Short Stories on late 2021, and is currently working on his next book, Surviving Jane, progress being somewhat plagued by recurrent bouts of procrastination.

When away from the word processor, he spends his professional time between his private practice and a part-time medical school teaching appointment. He cherishes the time he gets to spend with his wife and daughters, as well as the dog he emphatically asked them not to get! Funny enough the dog is sleeping on his lap as he writes this. Every so often, he steals time to pursue his writing, and what his wife believes are very unhealthy obsessions with electric guitars and old Land Rover Defenders!

Disclaimer: If you do decided to follow him on Instagram be aware that his posts sometimes lack political correctness, may show lack of intelligence and give a clear glimpse at his other obsessions. His wife certainly thinks so. That been said, he does finds his post funny and means no disrespect, you have been warned