You are here: Home / Fantasy / The Devil You Know by Monique Singleton 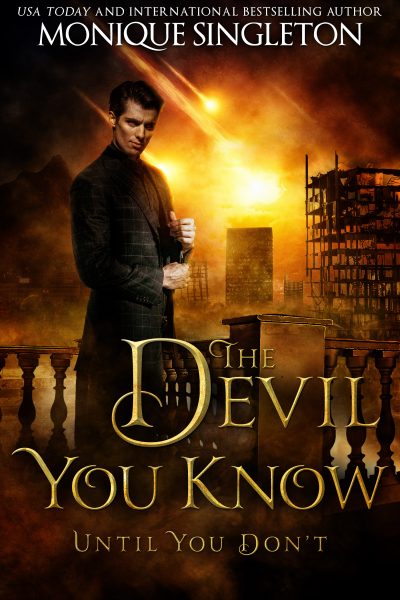 The Devil You Know by Monique Singleton

When Heaven becomes the door to Hell, the only one you can turn to is the Devil.

We were promised Heaven in the afterlife, as long as we believed in God and lived by the word of the Bible.
We were good Christians. We took care of our fellow men. We deserved paradise.
What we got was eternal slavery, our souls reincarnated into another world where we were sold to the highest bidder and forced to work until we died yet again.
And all this was sanctioned by powers high up in the Church. Worse even, they are the conduit that makes this possible.
Who do we pray to now?

A rogue priest joins forces with the Devil to bring down a terrifying religious conspiracy and free humanity from abject slavery after death.

As the daughter of a British soldier and his Dutch wife, Monique was born in an English military hospital in Germany. The family toured the world where she was exposed to different cultures in many countries. Finally settling down in the Netherlands she pursued a career in Art and later in ICT.

About six years ago Monique started to put the scenes she had running around in her head, down to paper.

Scenes led to a story, the story to a book, and the first book to a series.

In addition to her writing, Monique still holds down a full-time job as a business consultant. She lives in a beautiful old farmhouse in the south of Holland with her two sloppy monster dogs, some horses, and a cat.

The cat is the boss.