You are here: Home / Featured Books / The Bug Hunter by Ken Davenport 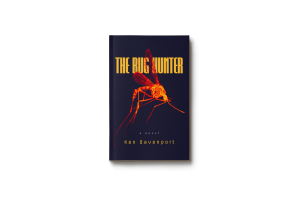 About The Bug Hunter by Ken Davenport

Terrorists have turned nature itself into a devastating weapon. And only one man can stop it.

The year is 2026 and up and down the Eastern seaboard of the United States a virulent toxin is killing people. What was initially believed to be food poisoning turns out to be a terrorist attack using genetically modified insects to poison the American food supply. For Gabriel Marx, news of the poisoning is eerily familiar. A Marine Corps veteran and trained viticulturist, Gabriel is now working as a vintner at Landmark Estates Winery in California, but was once part of a secret CIA effort to use insect vectors to destroy the Afghan Taliban’s poppy industry. He’s long feared that genetically synthesized toxins delivered by insects could be used as a terror weapon.

One day a stream of black SUVs carrying the Secretary of Homeland Security shows up at the vineyard, and Gabriel is recruited to help the government respond to the attack. He is drawn into a complex web of rogue scientists with links to ISIS and Chechen terrorists, and discovers that an even more devastating attack is imminent.

Merging cutting-edge synthetic biology with global politics and international terrorism, The Bug Hunter is both thriller and cautionary tale of how advances in technology can be used to turn nature itself into a devastating weapon.

Author Bio:
Ken Davenport is the author of the alternate history thriller THE TWO GATES and is an entrepreneur and novelist based in San Diego, California. Ken’s built multiple businesses, lived in Switzerland as a kid, did his graduate work in London, spent a nomadic year in Tokyo, where he learned Japanese (or tried), and now spends much of his free time helping military veterans transition to the civilian world.