You are here: Home / Featured Books / The Boy Who Chased After His Shadow: A Gay Teen Coming of Age Paranormal Adventure about Witches, Murder, and Gay Teen Love by Jeff Jacobson 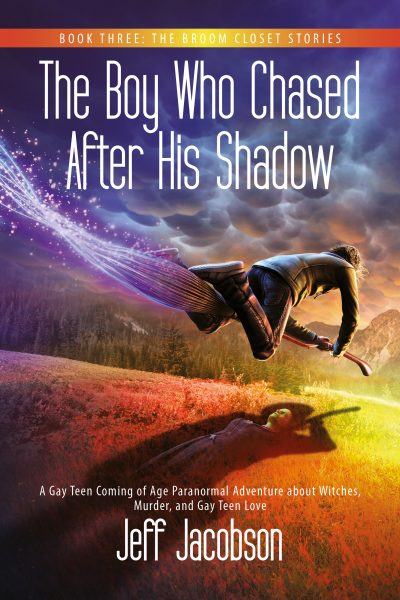 The Boy Who Chased After His Shadow: A Gay Teen Coming of Age Paranormal Adventure about Witches, Murder, and Gay Teen Love by Jeff Jacobson

The evil witch Grace has gone into hiding, but she is still able to influence minds from afar, compelling gay teen witch Charlie Creevey to do things like take on bullies and lie to his family. The more Charlie believes he is acting of his own accord, the more Grace secretly rebuilds her strength and plots her comeback.

Will Charlie ever be able to overcome Grace and her coven? Can new allies like witch-solider Emerald Green and the mysterious Aunties Wu tilt the equation in Charlie’s favor? Or is Charlie destined to live life as a gay teen witch, shrouded by the evil veil of the deathcraft? And can he ever share his secret with his boyfriend Diego—or will he have to keep his identity as a witch hidden in the broom closet forever? Find out in The Boy Who Chased After His Shadow.

Buy the book, and follow the author on social media:
Learn more about the writer. Visit the Author's Website.
Get This Young Adult Book From Amazon.

Author Bio:
Jeff Jacobson was born in Seattle, Washington, in 1968. When he was still in kindergarten, his maternal grandmother told him that she was a modern witch who flew over his house at night on a vacuum cleaner to keep him safe. While he mostly doubted the veracity of her story, he still liked imagining that it was true. This led to a lifelong romance with the idea of witches, and while growing up, he read as many witch stories as possible. It only made sense that he would sit down one day and write his own.

Jeff has also worked as a personal and professional coach since 1997 and has been a faculty member with the Co-Active Training Institute since 1999. He recently moved to Southern California after working in Shanghai, China, for three years. He lives in Los Angeles with his partner and their cat and is busy writing the next book in the Broom Closet Stories. The Boy Who Chased His Shadow is his third novel.