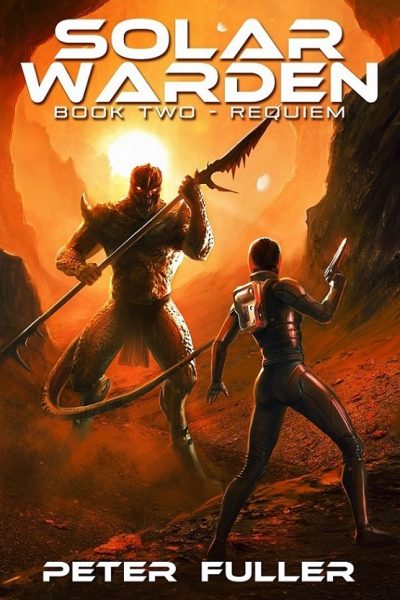 Earth is in peril. The Reptilians and Grays, led by their Blue Nordic overlords, have suffered a series of unexpected defeats at the hands of the humans–a species they’ve deemed inferior.
Expecting a divide-and-conquer strategy by the aliens, Solar Warden begins reinforcing its Mars base–the enemy's expected target. And the final stepping stone to Earth.
In the midst of the impending invasion, Steve “Scarecrow” Richardson and Sandy Cooper, find themselves marked for death by both alien and human foes.
Book two of Peter Fuller’s Solar Warden series finds the humans faced with an overwhelming force that will not stop until they’ve eliminated the human race. All that stands in their way is the determination and fierce will of a small group of Earth Defense Force combatants willing to lay down their lives to save humanity.

Author Bio:
Award winning author Peter Fuller worked in the Military History Department of the Glenbow Museum in Calgary, Alberta, Canada for eight years. He’s studied military history for decades. Over the years, he’s written numerous articles and lectured at major museums and universities on the subject of military history. He’s also been a regular panelist at NORWESCON since 2017.
Mr. Fuller has studied the UFO phenomenon since grade school. He’s a member of the Mutual UFO Network (MUFON), and he’s had a few “close encounters” of his own. He recently interviewed the son of a US military officer about his late father’s work on several special access projects for the secret space program.