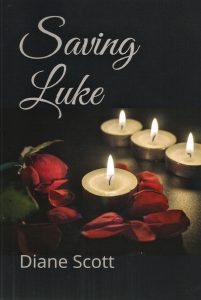 On a June evening in 1988, Royal Canadian Mounted Police Constable Luke Murphy meets Nurse Jennifer Miller at the scene of her moose/vehicle collision. Even as Jennifer is trapped inside a twisted wreck, Luke feels an immediate attraction but maintains a professional distance. On a later visit to Jennifer's home, the young couple realize the attraction is mutual. But Luke harbors dark secrets, stemming from his upbringing in a St. John's orphanage, forcing him to deny his desire for the attractive, young nurse.
They cultivate a friendship, but Jennifer wants more and Luke is unwilling to indulge her. Though he tries to keep Jennifer at arm's length, her voluptuous body and endearing personality torment him day and night. Then, to make matters worse, they are thrown together when she finds herself the victim of a harrowing ordeal sending the constable hurtling to her rescue.
Luke continues to push Jennifer away, and on two occasions hurts her deeply. But she eventually unearths his secrets and sets out on an emotionally charged course to save Luke and forge a future together.

Buy the book, and follow the author on social media:
Get This Romance Book From Amazon.

Author Bio:
Diane Scott was born in St. John's, Newfoundland and Labrador, Canada, where she enjoyed a twenty-five-year career in pediatric nursing. Since retiring, four years ago, she has lived in various locations throughout the island of Newfoundland collecting ideas from local stories and folklore.
Diane loves to travel and has explored much of Canada and the U.S. But her second favorite pastime (writing being first) is lying on a beach somewhere warm and sunny, reading and people-watching, as she reimagines the lives of the strangers in her sights; pure inspiration for a fiction-writer.
Scott is the mother of two and grandmother of four. She lives in Newfoundland's picturesque Humber Valley with Bill, her husband of forty years, and Fudge, her chocolate Lab.
Diane is a proud member of the Writers' Alliance of Newfoundland and Labrador. Saving Luke is her second novel.