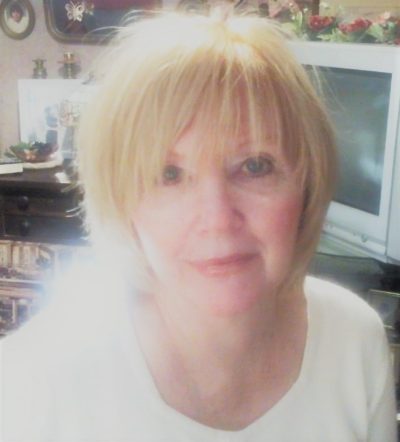 Tell us a little about yourself. Where were you raised? Where do you live now?
It's not always easy to speak about oneself without sounding conceited, I would hate that, but I will try. I've been a serious writer since 2001, and put my first publication, a collection of contemporary & traditional poetry, out in 2009 to get my toes wet in the self-publishing field, which I followed with 4 titles that are no longer available nor have been since 2012. However, I revised some earlier work and published a second collection of poetry in 2011 along with a few other titles back to back. My main goal was to become a romantic fiction drama author, which I accomplished in 2013 with my first romantic fiction drama, Passions in Paris: Revelations of a Lost Diary. This was followed in 2015 with my first 5-star-awarded romantic fiction drama, Willow's Walk, and then in 2019 with my 5-star-multi-award-winning romantic fiction drama, The Perils of Autumn. I have just released the 5-star-awarded Return to Autumn, the 1st book in a 2-part sequel to The Perils of Autumn. The second part, Return to Autumn 2 is expected for release in January 2023. I love writing romantic fiction drama, but I also enjoy writing adult comedy, and began a series in this genre, titled The Derwood Tugbottom Comedy Series in 2012, with the 1st installment, The Misadventures of Derwood Tugbottom, an eccentric, outspoken, brash retired English Civil servant who retires to a very active seniors center in Canada. The 2nd installment, Derwood Returns was released in 2017, and was followed in 2019 with the 3rd installment, Derwood Goes Caribbean. I am presently writing the 4th installment, Derwood Comes Home, and I invite you to watch for it's release on Amazon, where all my titles can be found.

I was raised in rural southwestern-Ontario, Canada where I would give anything to return to, but I reside in St. Catharines, Ontario in Niagara, which has become my home. I no-longer have pets of my own, having lost my longtime companion, Tipper, a year ago.

At what age did you realize your fascination with books? When did you start writing?
I always loved to create written scenarios from my active imagination as far back as I can remember, but as a child I was encouraged by both my now late father, James Beecroft, and Gladys Carroll, my elementary school teacher, to write, which didn't take a lot of encouragement for me to continue on with. But it wasn't until I was middle-aged before I began to write seriously with the intent to see what I could do with it, and where it could take me. I've never regretted that decision.

Who are your favorite authors to read? What is your favorite genre to read. Who Inspires you in your writings?
I very much enjoy expressive writing that pulls you into the pictures playing out within the written words. I enjoy dramatic romance, suspense, and horror. I enjoy V.C. Andrews, Kathryn Stockett, and Stephen King, classic authors such as Charles Dickens, Margaret Mitchell, and the Bronte Sisters, children's authors Lucy Maud Montgomery, Laura Ingalls Wilder, Louisa May Alcott, Anna Sewell, and Mark Twain, and in my own area, Niagara romance novelist Gina IaFrate.

Tell us a little about your latest book?
Return to Autumn is the 1st book in a 2-part sequel to The Perils of Autumn. It picks the story up 4 years later and carries the reader through to where Return to Autumn Part 2 begins. It is now April 1976, and life at Landon Manor has carried on for Autumn Leeves-Landon, and her mature husband, Cyril, along with their young daughter, Abby, and their astute and devoted housekeeper and friend, Agnes Harris. Life in Landon Lawns Stables has also carried on for head groom and trainer, Manfred Montgomery, and foreman William Brown, as they continue their ongoing quest to bring the stable's exclusive jockey, Duff Taylor, to justice for an unsolved racing incident from his past that he has gone to extreme measures to keep hidden, but in doing so, he has also managed to add to his growing list of secrets.