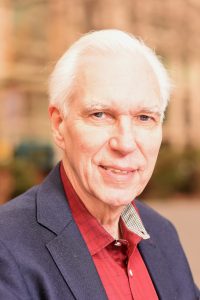 Tell us a little about yourself. Where were you raised? Where do you live now?
I was born in Lafayette, Indiana in 1947 and went to parochial schools through high school. In 1966, at age 19, I volunteered for the Marine Corps and was stationed in Hawaii, Cherry Point North Carolina, and Okinawa before serving as a battalion message center chief outside Da Nang in Vietnam in 1970. Upon discharge I lived for two years in San Diego before moving to San Francisco where I graduated from San Francisco State University with a major in sociology and a minor in philosophy. I moved to New York City and, in 1979, became an alcoholism counselor. In 1984 I married my wife Pam. I earned my MSW from Fordham University in New York and then trained with Harville Hendrix, PhD to become an Imago Relationship Therapist.
From 1990 to the present I've worked as a psychotherapist in private practice, specializing in the areas of addiction, trauma and couples therapy. (A client once described me as a cross between Clint Eastwood and Mr. Rogers.) Now in my 70s, I have more time to pursue my passion for writing. I wake up every morning feeling blessed I'm married to my amazing wife, Pam.

At what age did you realize your fascination with books? When did you start writing?
I never remember a time when I wasn't reading, but a turning point came when I was about ten. I got a set of Tarzan books for Christmas. Soon after I tried my hand at writing one and quickly learned what I've been learning ever since: it's much easier to read a novel than to write one. In high school I dreamed of becoming a novelist. All through my years in the Marine Corps, I tried my hand at little sketches. At that time, I was still a drinker, and I'd take a notebook with me, sit in a corner and try to get some experience or fantasy down on paper. In college I took some creative writing courses but didn't find much help there. No one told me a writer, like other artists, needs to go through an apprenticeship, that it takes a long time to learn the craft. And longer for me than for many other aspiring writers. Not just learn the craft, but to roam around enough in different genres to find where I wanted to settle in and call it home. Home is now Historical Fiction. At least in terms of writing. As I reader, I still roam a lot.

Who are your favorite authors to read? What is your favorite genre to read. Who Inspires you in your writings?
Mika Waltari's "The Egyptian," which I read as a teenager, and James Clavell's "Shogun" have profoundly shaped my sense of what is possible in my chosen "area of endeavor," i.e. historical fiction. With almost seven decades of reading behind me, like most writers, I've traversed a lot of ground. From Tarzan, the Count of Monte Cristo and James Fenimore Cooper's Hawkeye in my teenage years to Irving Stone's biographical novels "Lust for Life" and "The Agony and the Ecstasy " in my 20s, In Vietnam I read my first Donald Hamilton "Matt Helm" novel along with William S. Burroughs' "Naked Lunch" and "Hamlet." When I got back to college after Vietnam, I was one of the most active participants in a literature class until we were assigned Heller's "Catch 22." That was too close to the bone. In the first 30 pages I found incident after incident that brought back the craziness that goes on in a military that's fighting a war. I read classics, sci-fi and hard-boiled detective fiction throughout my 30s, 40s and 50s. For a while I got hooked on Louis L'Amour westerns. I'd bounce from them to "The Great Gatsby" or the early works of Willa Cather, Stephen Crane and Joseph Conrad. It's still that way. One day I'm reading Michael Connelly and the next William Faulkner or Tolstoy — or George R. R. Martin.

Tell us a little about your latest book?
I'm writing a multivolume saga about "Jonas Stuyvesant." Jonas came to me in a "waking vision." I had been struggling for years to write a series of historical novels about the Stuyvesant family and their involvement in the oil business from right after the Civil War through Post-9/11. (I was here in New York City for 9/11.) Then Jonas came to me. He was off on an altogether different mission: Fighting the Chinese Communists. This was a "waking vision" so I just had this image of him and a sense of what he was about. So I had to ask "Why?" Why was he so focused on the Chinese? The answer that the deeper levels of my mind gave me was: he was a POW during the Korean War. That gave me a time frame. So I set about writing a single volume with a backstory set in a POW camp in North Korea in the 1950s. But pretty soon I was immersed in the history of the Korean War, our "Forgotten War." I wanted to do a single novel that covered Jonas's combat and POW experiences. But the combat took up a whole volume of its own. That's how I came to write "Forgotten Valor: A Novel of the Korean War." I'm working on the sequel, "The Forgotten Americans" which treats Jonas's POW experience. You can learn more about the whole project by watching my YouTube video: The Jonas Stuyvesant Saga, at https://www.youtube.com/watch?v=uHlwSAmm4N4&t=73s. Or you can access it through my website at richardthomaslane.com.