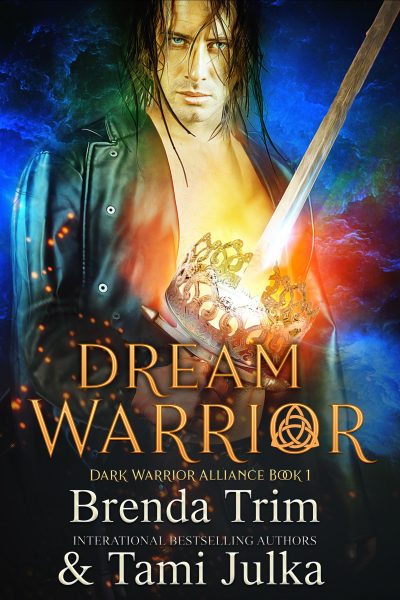 Along the edges of darkness, a war of attrition rages between the demon plane and the Tehrex Realm. Dark Warriors alone stand between humans and the evil that seeks to destroy them. Zander Tarakesh, the sexy as sin vampire king, leads the battle. Zander is battle-hardened and accustomed to command, yet wrestles to regain control when his Fated Mate is propelled into his world, bombarding him with unfamiliar emotions. His life depends on him uniting with Elsie, the slip of a mortal, who unknowingly protects a vital piece of his soul. Eradicating the demons will be an easier task than combating her sense of guilt and betrayal to gain her acceptance, loyalty, and ultimately her love. And, he must do this before she plunges a stake in his heart. One thing is certain; the flames of passion ignite a fire in their shared souls…

Elsie Hayes’ life is shattered after the vicious murder of her husband. Intent on revenge, she spends her evenings killing creatures others only see in nightmares. A supernatural event teleports Elsie into a world filled with violence, magic and unexpected lust and love when she is thrust from widow to Fated Mate of the enigmatic vampire king. Can she lower the protective shield around her heart, giving herself to a vampire whose power is the very reason her life was changed forever?

Author Bio:
Brenda loves everything paranormal. She has co-authored over twenty-five books in the best-selling Dark Warrior Alliance series, as well as the Hollow Rock Shifter's series. She also has best-selling solo titles readers are raving about.

Brenda created worlds that feature dangerously handsome heroes and feisty heroines. With the help of popcorn and candy, she takes dragons, fairies, witches, vampires, and so much more and brings them to life. She lives in Texas with her husband and three kids who fuel not only her heart but her life.

If she's not writing, she's reading, traveling, or knee-deep in projects with her husband and five sisters. She encourages readers to Dream Big. If your dreams don't terrify and electrify you then they aren't big enough!