You are here: Home / Featured Books / Do No Harm by James B. Cohoon 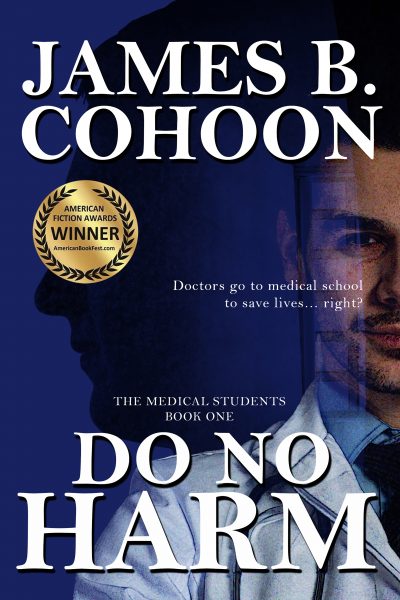 Do No Harm by James B. Cohoon

When Matthew Preston was eight, his father was shot and killed in rarefied Pacific Palisades by Ted Nash, a home burglar who happened to be the Preston’s neighbor. Though Nash was sentenced to life in San Quentin, Matthew’s lifelong obsession is to somehow get into the prison, gain access to Nash, and exact the ultimate personal revenge. He devises a plan to become a prison doctor to gain access to Nash.

While in medical school, Matthew falls for brilliant classmate Torrey Jamison from poverty-stricken East Palo Alto. Torrey is battling her own demons, having been raped by a school counselor while in high school. Matthew is focused on vigilantism; but he loves Torrey who is morally opposed to killing for any reason—or so she thinks.

Buy the book, and follow the author on social media:
Get This Thriller Book From Amazon.

Author Bio:
James Cohoon was the president of a Los Angeles based law firm until his early retirement in 2014. As a civil litigation lawyer for over 30 years, he frequently lectured and published legal articles. His daily work included writing legal briefs for judges and other lawyers which were, in essence, ‘stories' to fit the facts of his hundreds of legal cases. He resides in California with his high-school sweetheart, Rozanne, with whom he has two children–Kristin, a lawyer who is presently a stay-at-home mother, and Travis, a doctor who is just starting a cardiology fellowship.

Besides playing with his grandsons–Everett and Beckett–James enjoys sighting Orca whales from the San Juan Islands shoreline, playing bridge, and mowing the lawn.

Do No Harm (The Medical Students, Book 1) is his debut novel. Book 2 in the series is in the works.