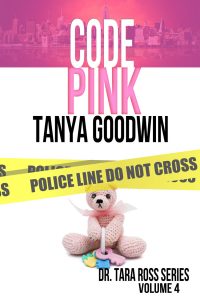 Captain Jeffrey Corrigan, former head of a NYPD homicide squad, and now captain of the Brewster PD, and Tara’s devoted husband, would rather be solving a nail-biting case rather than spending his and his squad’s time mixing it up with the glut of media arriving once the birth of senator’s grand daughter is leaked to the press, but once he’s notified of the threat aimed at the senator’s life, he springs into action to protect her. Confident he has a safe hiding place for the senator, Jeffrey and his longtime sidekick and now lieutenant, Mike Price, embark on a conjoined sting with the FBI and ICE to uproot the gang’s Long Island nest. Their main target is the notorious machete- yielding gang leader.

But when the operation nets member’s of his gang, the leader vows revenge and orders the kidnapping of the senator’s granddaughter to smoke out the senator and to capture Jeffrey in retaliation for the loss of his men.

Unable to reconcile with the missing, sick baby she delivered and with Jeffrey and Mike’s dangerous mission to take down the ruthless gang leader, Tara and her policewoman daughter, Abbie, risk stumbling into gang territory.

Author Bio:
Tanya Goodwin writes medical suspense, police procedural, and paranormal suspense. Her experiences as a physician are reflected in her characters and in her stories. A former New Yorker, she now resides in Florida. Tanya is a member of Romance Writers of America, Mystery Writers of America, and Sisters in Crime.