You are here: Home / Fantasy / Chains of Time by R.B. Woodstone 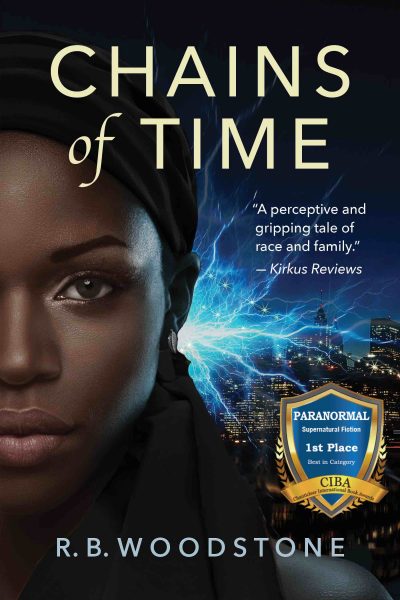 Chains of Time by R.B. Woodstone

He slaughtered her village. He stole her power. He enslaved her. And now he has pursued her across time — from the shores of West Africa in 1859 to the spires of 21st Century New York City, where Amara’s only way to fight him is to find her descendants and help them understand who she is, who they are, and what they can do!

R.B. is fascinated by stories that blend fantasy and history. With Chains of Time, one of his primary goals was to create Black heroes whose unusual abilities allow them to establish a connection between past and present. He respects that some people are uncomfortable with white authors writing Black characters, but he believes that white Americans must explore and address the ramifications of slavery, one of America's original sins. He is drawn to write these stories, some of which are seen best through the eyes of Black characters. To that end, R.B. strives to create Black protagonists who exist for their own sake and not as machinery to facilitate the emergence of white protagonists.

Half of the proceeds from this novel will be donated to Equal Justice Initiative.

R.B. is currently working on several novels including Time in Chains, the first sequel to Chains of Time. He is also writing a rock musical based on Dante's Inferno.